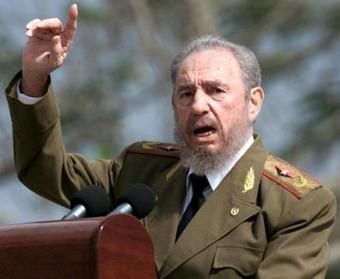 It’s official. Fidel Castro is out. After almost 50 years Castro has decided to give up his Cuban Presidency. He will also no longer be commander in chief of the country’s military. This comes nearly 2 years after Castro was hospitalized.
He announced his resignation as president and commander in chief of the military early Tuesday morning. Castro made the announcement in a letter published in the state run newspaper Granma. Castro said, “I will not aspire to, nor will I accept the position of the president of the council of state and commander in chief. I wish only to fight as a soldier of ideas…perhaps my voice will be heard.”
Castro says he’s resigning because of his failing health. Two years ago Castro was hospitalized and treated for
intestinal problems. He said, “it would be a betrayal to my conscience to accept a responsibility requiring more mobility and dedication than I am physically able to offer.”

Government leaders plan to hold elections within days. Castro’s younger brother Raul was named publicly as his successor. He is currently the Defense Minister. Raul had previously been in power when Fidel was hospitalized in 2006.
President Bush believes that Castro’s resignation will incite a “democratic transition” for Cuba. But according to Deputy Secretary of State John Negropante the embargo will stay in place.
Castro is 81. He has been in power since his troops overthrew the
Batista government in 1959.