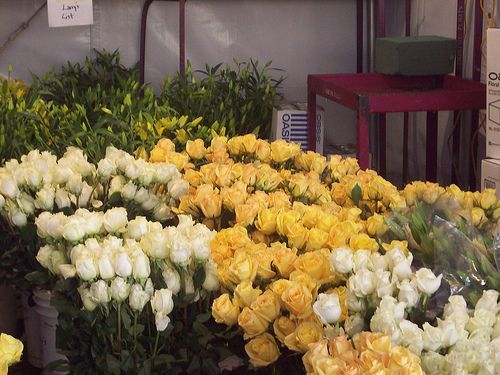 The writer’s strike that plagued Hollywood for three months ended last week. Oscar host Jon Stewart will have help writing his monologue and we are set to get about 5 more episodes of “Desperate Housewives” by the end of season!
The executive director of the Writers Guild of America Foundation Angela Kirgo sat down with me this morning to explain the impact the strike has had on the entertainment community in California.
The Foundation supports crew members who are without jobs due to the strike and helps them out as best they can. It may include paying their bills or helping out with rent. Kirgo estimated that since the Foundation was set up in December about three hundred crew members sought help. It may take a few months until things are back to normal but the Foundation is there to ease the process.
Before the interview with Kirgo I was able to go into the library where scripts from films and television shows, past and present are held. I got to look at a shelf full of “West Wing” scripts that are bound in hard cover. I also got to check out the manuscript for the 2006 Academy Award winner for Best Motion Picture, “Crash.” I was amazed to see that this area was open to the public and that the library has a full stack of “Seinfeld” episodes. Scripts for newer shows are hard to come by, but there were a few copies of “House,” and “30 Rock.”
Later in the day I headed for the area of Hollywood and Highland, right near where the Oscars are held. I don’t think that I have ever seen so many flowers in one place at once! The red carpet was officially unveiled today at the Kodak Theater, beginning the final push of preparations for Sunday’s big day.
Today I met with the President of Charisma Floats, Larry Crain. You may not have heard of Charisma before but they are actually the ones who put together the amazing floats you see during the Rose Parade! Between the Rose Parade in January and the Oscars this weekend, Larry and his crew is very busy.
The red carpet is still clearly a work in progress with crew members stapling the carpet together and setting up tents. However come Sunday, Crain and his crew of flower enthusiasts will have transformed the area with over 70,000 flowers. (70,312 to be exact) The colors this year are yellow and white with a hint of green. There were buckets of beautiful long stemmed yellow roses and white hydrangeas. Some arrangements will go in celebrity dressing rooms while others will mark the entrance to the Kodak Theater. No matter who wins an Oscar on Sunday night, the corner of Hollywood and Highland will be smelling like roses and Larry Crain wouldn’t want it any other way.
-Madeira Ginley