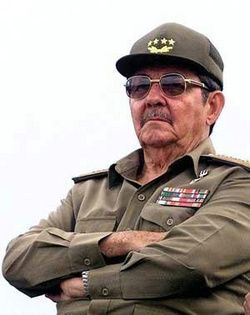 The Castro era lives on. Cuba’s National Assembly has selected Raul Castro to succeed his brother Fidel.
As for his number two, Raul chose Jose Ramon Machado as Vice President. Machado was one of the original leaders in the Cuban revolution.
With Raul as leader and Machado by his side, the island’s communist system is left unshaken.
Last week, Fidel Castro stepped down after nearly 50 years in power. His brother Raul has been,in effect, president since Fidel’s major surgery two years ago. Raul has stated he’ll consult with his brother on all major decisions.
-Cara Doronila