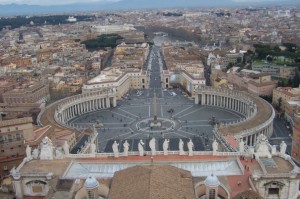 Jorge Mario Bergoglio from Argentina is the new Pope.  He will be called Francis.

Thousands cheered in St. Peter’s Square when he walked onto the balcony for the first time as their Pontiff.

His Holiness becomes the first Pope from South America as well as the first non-European leader of the Church in more than 1,000 years.

The 76 year old was elected on the fifth ballot, making this one of the fastest conclaves in years.

To be named pope, one must get 77 votes or two-thirds from the 115 cardinals.