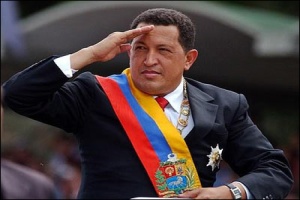 Former Massachusetts Congressman Joseph Kennedy has voiced much praise for the late Venezuelan President Hugo Chavez. Kennedy said that Chavez cared deeply about helping low income and poor Americans.  He was the only one to give heating oil to Kennedy’s heating assistance charity.

Chavez died on Tuesday at the age of 58 following a two year battle with cancer.

Kennedy is the Chairman and President of Citizens Energy.  He has described Chavez as caring about the less fortunate at a time when “some of the wealthiest people on our planet have more money than they can ever reasonably expect to spend.”

A spokesperson for Kennedy said Chavez and the people of Venezuela have donated about 200 million gallons of oil over its eight-year partnership with Citizens Energy. The organization distributes heating oil to lower income families over 25 states and Washington, D.C.  Each family receives 100 million gallons.

The former Massachusetts lawmaker drew fire from Chavez’s critics all over the United States when he began the fuel assistance partnership with Venezuela’s state oil subsidiary. Many said Chavez was using the heating oil program as propaganda against the Republican administration of President George W. Bush. Chavez was a big critic of Mr. Bush. In 2006, Chavez spoke to the United Nations Assembly, and accused the then-President of trying to orchestrate his overthrow, and referring to him as the devil.

Kennedy’s son, the newly elected Massachusetts Congressman Joseph Kennedy III, also released a statement saying that his thoughts and prayers are with the Chavez family. In his statement, he said he hoped “the United States and Venezuela can build a productive relationship for the future.”