A 7 point, last-minute lead may change the game. Conflicting polls and surveys have made this year’s mayoral race hard to predict. On the day before the election, though, new numbers could provide important momentum for state Representative Martin J. Walsh in his race against City Councilor John R. Connolly. 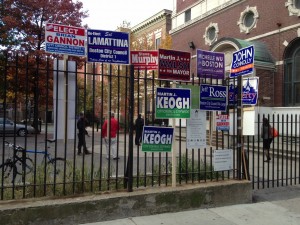 The latest University of Massachusetts-Amherst survey shows the candidates with a 47 to 40 percent difference.

Voter turnout is the priority for the candidates. Connolly will have over 1,000 volunteers working out of 14 areas across the city on Tuesday.  Longtime union leader, Walsh claims strong ties to greater numbers of people across Boston.