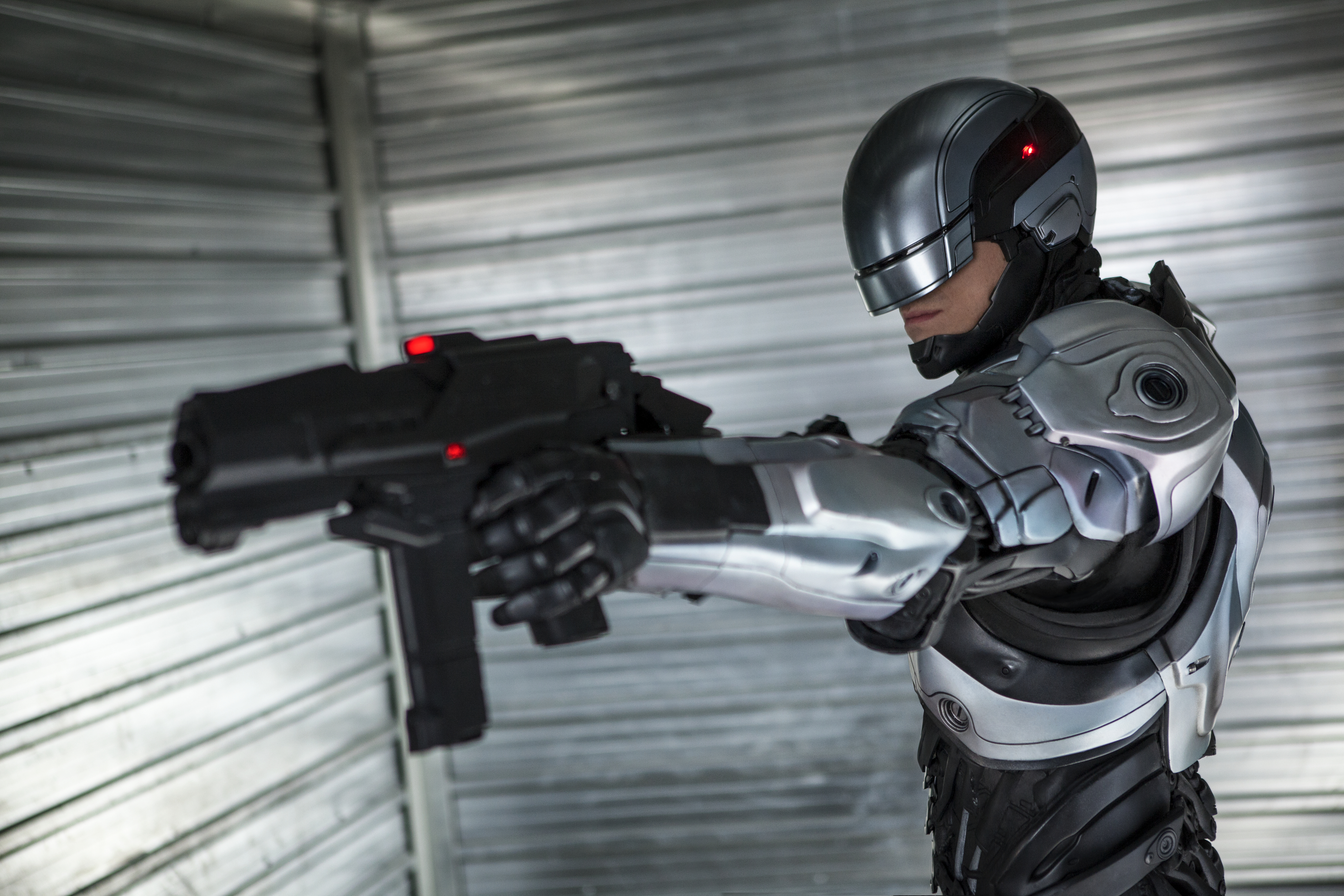 In a general sense, it’s not a good idea to remake a cult classic. First of all, the fanbase you’re appealing to will be upset by the remake, and secondly the vast majority of remakes just repeat what people liked from the first film without adding anything new. The 2012 remake of Paul Verhoeven’s 1990 sci-fi action movie “Total Recall” is a key example of just this.

Now we see the director’s franchise-spawning hit “RoboCop” get its own updated version. Even with a top-notch cast and updated aspirations can’t come close to comparing to Verhoeven’s work.

Most of the basics are the same in director José Padilha’s remake; it’s set in the near future and follows Detroit detective Alex Murphy (Joel Kinnaman) who is killed by a local crime boss (Patrick Garrow) and turned into a half machine half human super cop by the military weapon manufacturer OmniCorp (run by a mildly sinister Michael Keaton). It’s a cheesy premise that Verhoeven and his writers turned into a commentary on the corporatization of the government, while still making a big violent action movie. But Padilha and screenwriter Joshua Zetumer take the same approach so many franchises have in recent years and make things dark and serious.

They also shift focus significantly more on Murphy’s family (his wife played by Abbie Cornish and son played by Joshua Zetumer), the doctor who creates him (Gary Oldman) and a Bill O’Reilly-esque political commentator (Samuel L. Jackson). The family dynamic ups the emotion of the film, which works surprisingly well with Murphy struggling to accept his new physical state. That all feels a bit out of place juxtaposed with the bland, video-gamey action scenes that often accompany them. Jackson’s scenes are really just excuses for delivering plot and thematic exposition straight to the camera, all while letting the actor chew a bit of scenery.

Verhoeven’s film felt pertinent and straightforward but the remake is a bit all over the map. Still, it’s hard to fault if for trying too much, something the last Verhoeven remake certainly didn’t do. Although this “RoboCop” isn’t the disaster many feared, it still can’t help but live in the shadow of the original.