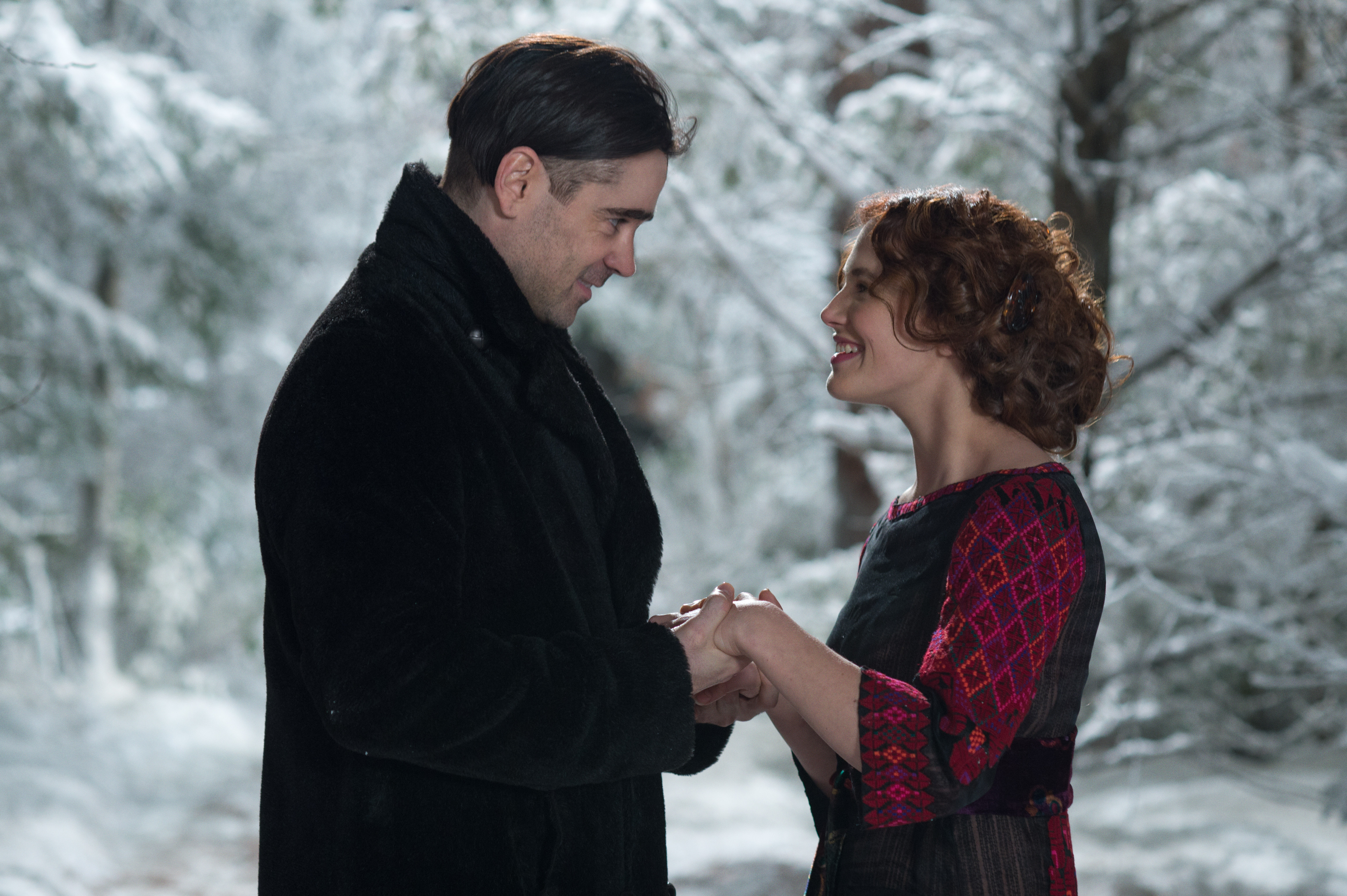 “Winter’s Tale” is the not so original story about a boy from the wrong side of the tracks, Peter Lake (Colin Farrell), who falls in love with a girl way out of his league, Beverly Penn (Jessica Brown Findlay).  While falling madly in love with Beverly after about three days, Peter is on the run from the evil, demon-like creature that is Pearly Soames (Russell Crowe).

The characters Peter and Beverly are both clichés. Peter is a nice, well-meaning criminal, and Beverly is the ever so optimistic dying girl, who sees the beauty and light in the world the sicker she becomes. None of that can beat Russell Crowe’s Irish-ish accent and cartoonish joker impersonation.

Every time Pearly and his henchmen appear in a scene donning the required black wardrobe from head to toe, the perfectly cued menacing soundtrack starts to play. It felt like a badly choreographed musical without the music. At that point, the “Sharks” and the “Jets” would have been a welcomed addition.

The fantastical mythology in “Winter’s Tale” is completely out of place and often unexplained. The characters interact with each other as if the audience should already be scholars in the movie’s magical lore. The audience never finds out why magic is drawn to Peter or why evil is even after him in the first place. This already convoluted love story somehow incorporates demons, a magic horse, terrible parenting and a range of accents from American, British, Irish to Russian.

The only redeemable thing about this movie is the most awesome and unexpected cameo since Samuel L Jackson appeared in the first “Iron Man.” By the end, “Winter’s Tale” leaves the audience with more questions than answers.