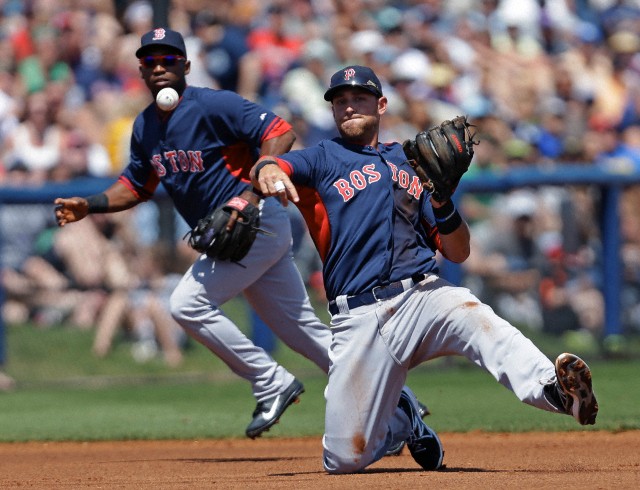 It’s a brand new season and the 2013 World Series Champion Boston Red Sox played the Baltimore Orioles at Camden Yards. Unfortunately, the Red Sox couldn’t pull through in the late innings of the game, losing 2-1.

The game was tied going into the bottom seventh until Nelson Cruz, acquired from Texas in February, belted a solo homerun to left field making it 2-1 Orioles.

The Red Sox’s only run came from a solo shot in the fourth by Grady Sizemore, who hadn’t played a big league game in over two years. It was Sizemore’s first game in Major League Baseball since September 22, 2011 and his first homerun since July 15, 2011. He went 2-4 this game and combined with his Spring Training, shows promise for the 2014 season.

In the ninth, the Orioles’ new closer Tommy Hunter started it off with a HBP to Will Middlebrooks. Dustin Pedroia singled on a line drive to centerfield after Daniel Nava popped out, and then David Ortiz flied out to left. Jackie Bradley Jr., who was called back up to the Red Sox after Shane Victorino was put on the 15-day DL due to a right hamstring strain, struck out looking to end the game.

Though the Red Sox lost, the story is Grady Sizemore’s comeback. Sizemore has finally found a new place to play after struggling with his health and committing to a team. The season’s only just begun, but hopefully he will help lead the Red Sox to another playoff spot and maybe even another championship.