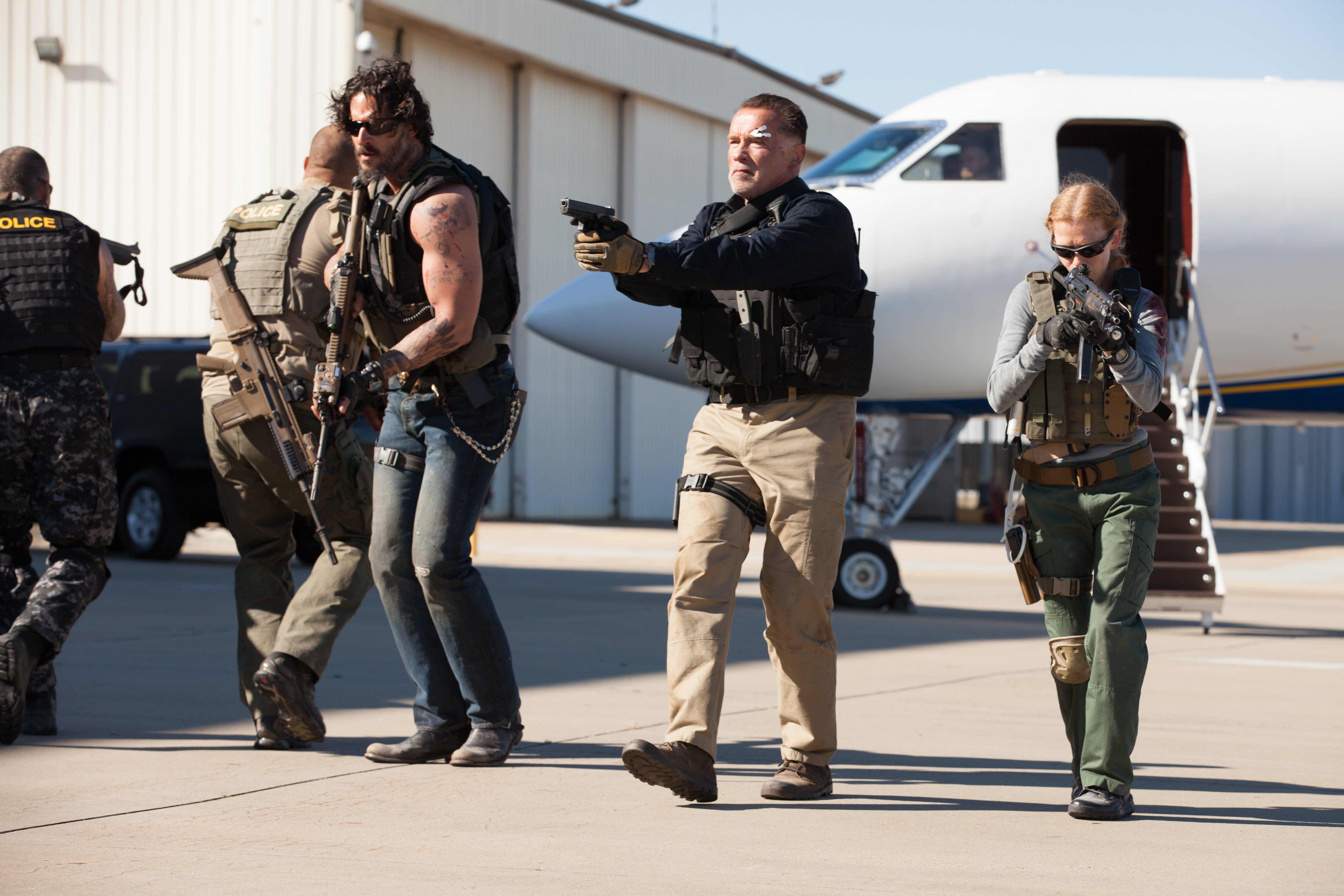 After struggling a bit with his first directorial efforts “Harsh Times” and “Street Kings,” “Training Day” writer David Ayer finally had a big financial hit as a director two years ago with the decent semi-found footage cop movie “End of Watch.”

Now he’s back with, unsurprisingly, another cop movie, this time the DEA thriller “Sabotage.” While “End of Watch”’s found footage aspect helped to cover up Ayer’s failings as a visual storyteller, “Sabotage” has no such device to hide behind. It is an ugly looking, excessively violent and often unintentionally funny film that ruins a half decent script and a talented cast.

To it’s credit, the film has no shame in being what it is: an excessively “bro” movie. Within the first five minutes there’s over the top violence, countless uses of the f-word, guns and more. The undercover DEA team led by Breacher (a completely miscast Arnold Schwarzenegger) is an extremely rowdy group, constantly making trips to the strip club and making tasteless jokes. We meet them as they are making a drug bust, but find them stealing $10 million of the cartel’s money before blowing the rest up. But the money goes missing and as members of the team are being killed off one by one, Breacher and a homicide detective (Olivia Williams) work to figure out who’s after the team before they are all gone.

There are twists, there are turns, and aside from some pretty rough dialogue and a plot hole or two, the screenplay is not all that bad. The best thing Ayer’s been involved with was “Training Day,” and that is probably because he was just a writer there. Here, he and Skip Woods (“A Good Day to Die Hard,” “X-Men Origins: Wolverine”) have written what could have been a fun thriller, had Ayer handed it over to someone even slightly better at shooting like his “Training Day” helmer Antoine Fuqua.

Ayer has no idea how to shoot action, a car chase towards the end is a particularly incomprehensible mess. He also attempts a bizarre flashback visual device at crime scenes that does nothing to convey what’s happening when, all while the movie maintains this very ugly color palate. Admittedly that look fits the story, but there’s a way to make a film look ugly but still be visually interesting and Ayer sure does not know what it is.

Ayer also tortures his cast in a variety of ways, starting on a basic level with giving everyone bad haircuts and weird nicknames. Schwarzenegger is Breacher, Sam Worthington plays Monster, Terrence Howard plays Sugar, Josh Holloway plays Neck, Joe Manganiello plays Grinder, Max Martini plays Pyro, Kevin Vance plays Tripod, and Mireille Enos’ character doesn’t get a nickname, probably since she is the one woman on the team. All of them blow up their trashy Georgian characters to extreme heights, the only one getting away with some dignity being Williams.

It will please some audiences for sure, and there are enough unintentionally funny moments in it to make it somewhat bearable, but ultimately “Sabotage” is not worth anyone’s time, least of all the time of its stars. Schwarzenegger still hasn’t found his place again in Hollywood, and by the looks of things soon it’ll seem like he never even tried to return.