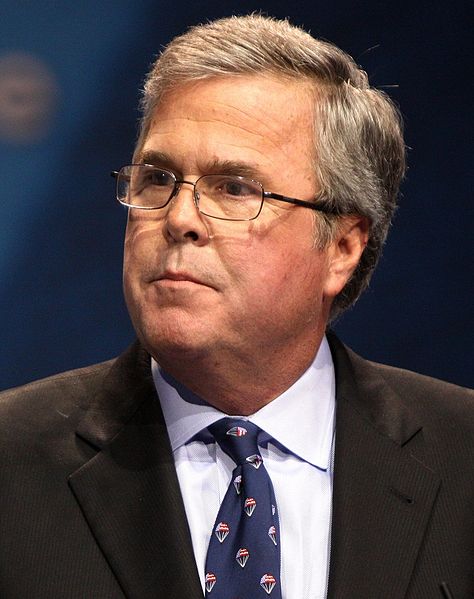 A potential candidate for the 2016 presidential election stated illegal immigration can be “an act of love.” On Sunday April 6, Jeb Bush shared his controversial opinion with Fox News’ Shannon Beam. They were at a town hall event in the George Bush Presidential Library.

“Yes, they broke the law, but it’s not a felony,” Bush said about illegal immigrants who cross the border for the well-being of their family. “It’s an act of love…I honestly think that that is a different kind of crime that there should be a price paid, but it shouldn’t rile people up that people are actually coming to this country to provide for their families. I think we need to kind of get beyond the harsh political rhetoric to a better place.”

The former Florida Governor and brother of President George W. Bush affirmed he knew he was being recorded and still wanted to express his opinion.

Bush stated that there are better ways to control our border. “A great country ought to know where those folks are and politely ask them to leave.”

Bush added that he will decide by the end of the year whether or not he will run for president in 2016. His comments separate him from other members of the Republican Party.

The event marked the 25th anniversary of the presidency of George H. W. Bush. It was closed to reporters, but moderated by Bream.