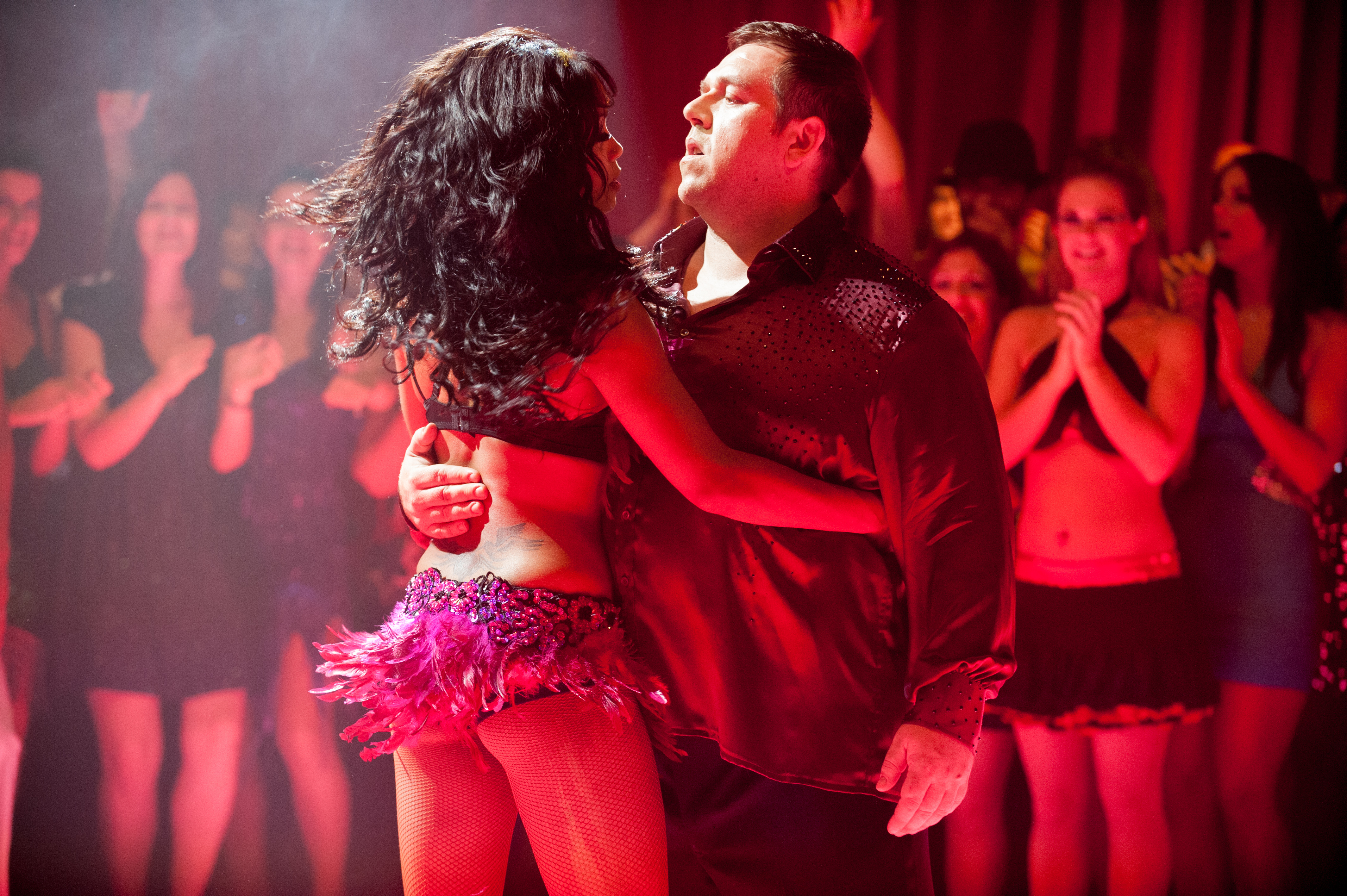 The “Shaun of the Dead” and “Hot Fuzz” star Simon Pegg has had success breaking into other franchises like “Star Trek” and “Mission: Impossible,” yet his co-star, Nick Frost, has had less luck becoming a more mainstream name.

He has been billed below Pegg in their projects together, and aside from some voice acting and a few supporting roles has not managed much of a breakout. However in James Griffiths’ dance romantic comedy “Cuban Fury” Frost takes the lead, as the schlubby former salsa star turned office drone who rediscovers his love of the dance in an attempt to woo his new boss Julia (Rashida Jones). If it sounds silly and formulaic, well, you’d be right.

Frost’s Bruce gave up dancing as child when he was bullied on his way to the Nationals. We flash forward 25 years to find him overweight and self conscious working in an office alongside the sex-obsessed jerk Drew (Chris O’Dowd).
When Bruce discovers Julia is learning to salsa, he goes to find his old trainer (Ian McShane) and tries to become the dancer he once was. There is a big competition at the end, overly silly set pieces, bad comic relief; even a mixtape adds to the list of bad romantic comedy cliches here. The key offense being, of course, that it is not romantic or funny.

For romance, Frost and Jones have a bit of chemistry but only a few scenes to show it. Julia is barely even in the film, and her feelings for Bruce boil down to liking a mixtape he made her and how good he looks in his sequined shirt. Bruce on the other hand, seems to like her simply for being a woman. That is her character, really, her defining trait would be liking salsa, something that is in place just for Bruce to woo her.

As for the comedy, the usually very charismatic O’Dowd is downright infuriating here, playing an unpleasant character who might have more lines than Bruce, and not one of them funny. The best gag in the movie is a cameo from a recognizable face, which does not bode well for the rest of the film. “Cuban Fury” is just mildly entertaining enough at times to not be a total bore, but it’s a wonder why a cast so dull of personality and funny signed on for a film that was completely the opposite.