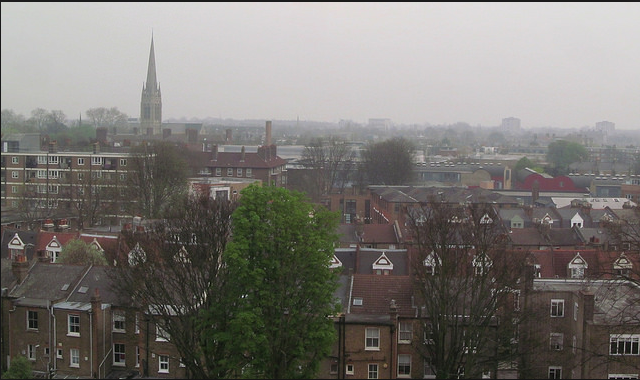 By Brianna Bigelow 4-11-14
Residents of England and Wales have been warned to continue checking local air quality before participating in outdoor activities.

Although pollution levels have fallen, following intense smog in the areas, health officials cannot be sure yet that the air quality is back to normal.

The smog was caused in part by Saharan dust, being blown in by powerful south-easterly winds from the Sahara in North Africa. These powerful dust storms have been mixing with homegrown air pollution to threaten millions of vulnerable people, such as asthma sufferers, throughout southern England and Wales.

Weather forecasters claim that westerly winds are moving a mass of fresh air towards the affected areas over this upcoming weekend.  This will help to move a majority of the dust-infused smog away from residents.

However, while the dust will be gone, a larger problem still stands. Across southern England cities and towns exude illegal levels of traffic fumes that will not be blown away by the new winds. Local pollution remains a risk to inhabitants across the area.

Prime Minister David Cameron has been under fire lately, after he labelled this smog as a “naturally occurring weather phenomenon.” Environmentalists have warned that Cameron is not taking these matters seriously enough, as they pose prominent threats to community members.