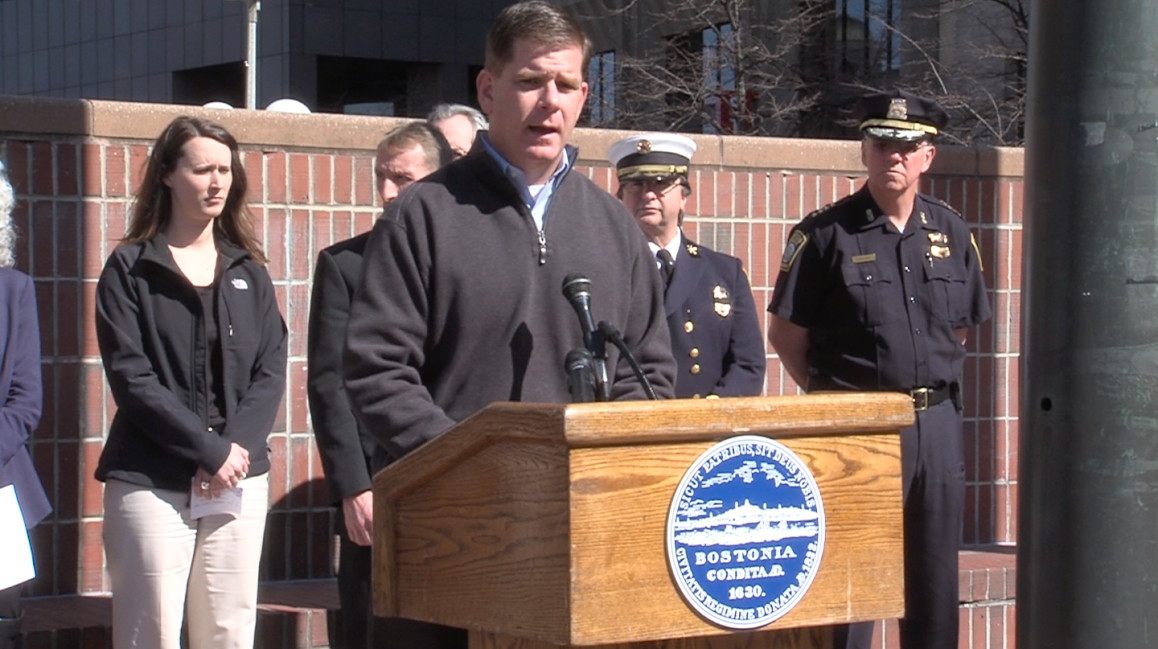 The safety preparations for this year’s Boston Marathon are now public.

Boston Mayor Marty Walsh and other city leaders outlined the plans this afternoon at City Hall. 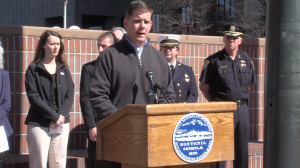 There will be some differences though.

BPD Commissioner, William Evans announced there will be new security checkpoints along Commonwealth Ave. and Boylston St. in downtown Boston and an increased number of undercover police officers and cameras will patrol the crowds.

Evans also said police are “discouraging but not prohibiting” people from bringing backpacks, strollers and other large items to the Marathon.  They will be subject to search.

“We don’t want to intimidate people by the police presence out there, that’s not our goal, but believe me we’re going to have plenty of assets and, if need be they’ll be rolling in very quickly,” he added.

Officials announced over 40 streets will be closed on and around the Marathon route.

Numerous trauma coping resources will also be made available by the Boston Public Health Commission.

A complete list of those resources can be found here: www.BPHC.org