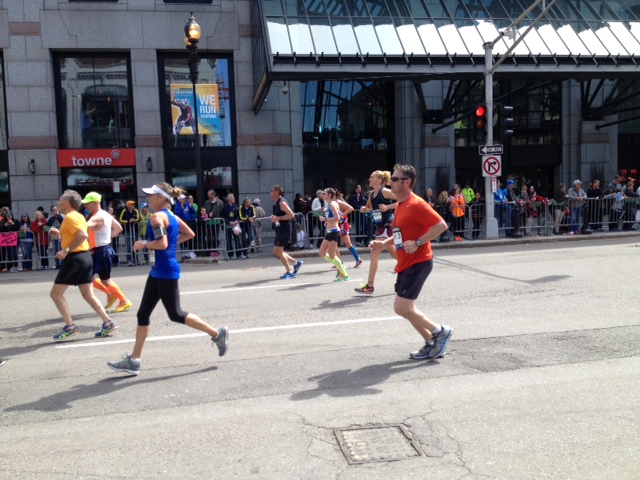 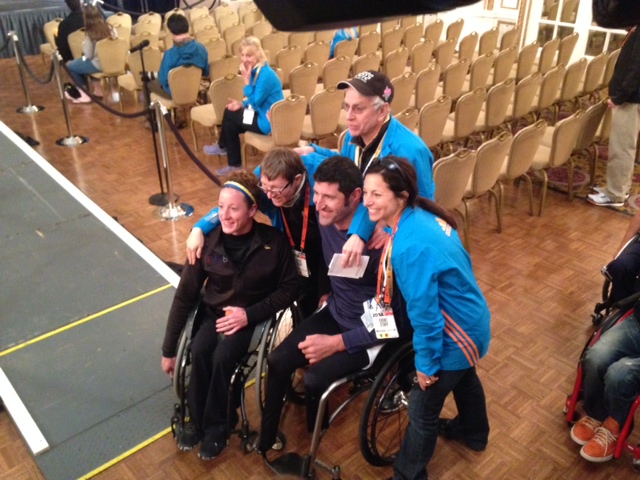 The 118th Boston Marathon saw history be made on a day that already held historical importance.

On a day that was filled with tears, smiles, nervousness, excitement, and just about any emotion that could possibly be felt, Boston filled the sidewalks along the 26.2 mile route in never before seen numbers to cheer on over 35,000 runners and reclaim its race.

Tatyana McFadden made her 25th birthday a memorable one by winning her second consecutive women’s wheelchair title in as many years. McFadden has only competed in the race twice and holds an undefeated record.

McFadden was racing for the MR8 group this year. The group was created in 8-year old bombing victim Martin Richard’s memory.

“Today was just a dedication to him, his family, and those who were affected last year,” said McFadden.

Ernst Van Dyk showed up in Hopkinton yesterday being no stranger to winning. Prior to yesterday’s race, Van Dyk held nine titles in the men’s wheelchair competition. As he pulled onto Boylston Street in the late morning, it was clear he would be taking home his 10th title.

Van Dyk arrived in Boston this year a week before the race and on the one year anniversary of the tragedy. Like most racers, he was filled with emotions as every mile passed.

“On the course today it was really, really unbelievable.” Said Van Dyk. “We had people all the way. And that last five miles was like a human tunnel of emotions that we were going through and as tired as I was I just couldn’t let up. They just pushed me all the way and I was literally sprinting that last five miles because the people made me do that. They carried me.”

Shalane Flanagan was a favorite to win the Elite Women’s race. She held a solid lead through most of the race but was unable to hold it nearing the end. Flanagan came in seventh overall and held the best time for an American woman on the day. She also set a personal best course time.

It was Rita Jeptoo who took over and finished where Flanagan started. 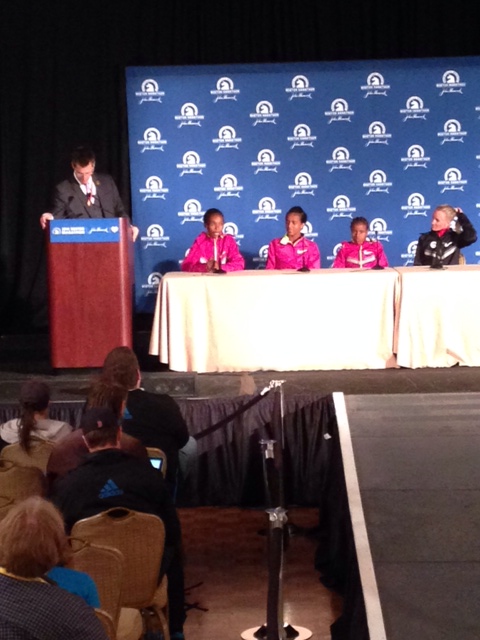 If the city wasn’t proud enough on Marathon Monday, Meb Keflezighi became the first American in over 30 years to cross the finish line first and bring the elite men’s title home. Keflezighi ran not only for himself but for the four victims from last year’s tragic bombing. He had the names of all four victims who died written on his bib and ran so that he could reclaim the finish line for Boston.

President Obama was correct when he addressed a mourning church just days after last year’s bombing when he said: “This city will run again.”

Boston did run again. And next year thousands of runners will line up 26.2 miles away from Copley Square and do it all again.