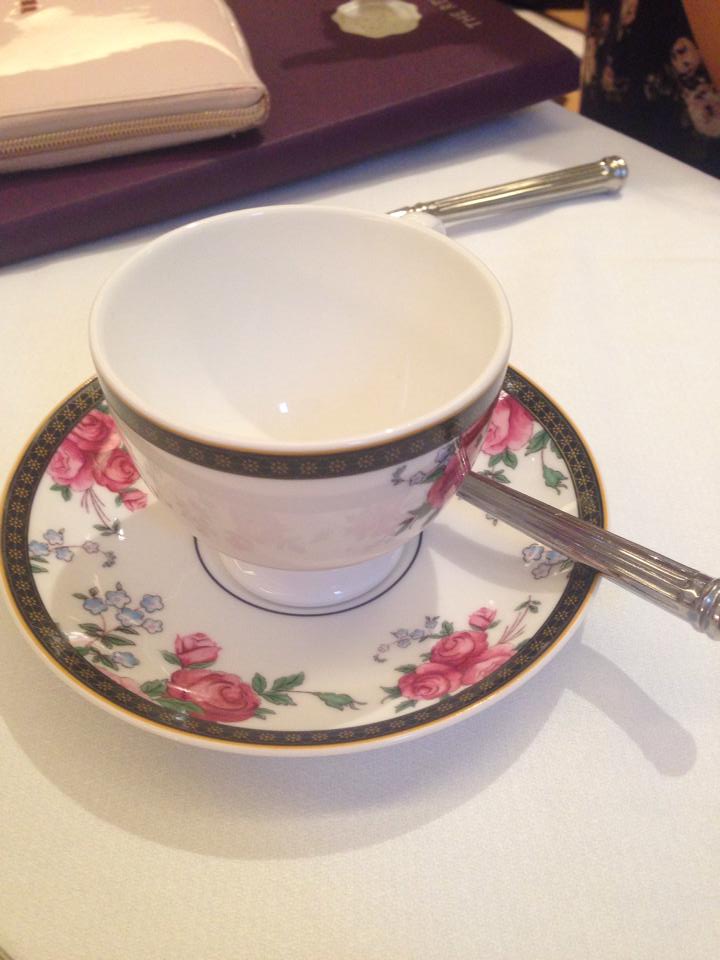 What do fashionistas love more? The latest designs by Ted Baker London or a tea party? Why don’t we combine both at once and not have to pick at all? Well that’s exactly what the Afternoon Tea Fashion Show with Ted Baker London event during Boston Fashion week did, which was presented by the Reserve at The Langham hotel.

Fashion lovers from all around Boston arrived mid afternoon at The Langham hotel’s salon where they were greeted by a live pianist and fancy finger food. Guests took their seats, made their tea selection and ate sweet scones and delicate deserts while models circulated around the room in designs from the new Ted Baker London collection.

Designs ranged from a beautiful pleated petal print long sleeved dress adorned with a sparkly chunky necklace and black stiletto heels to a men’s three pieced gray suit. Every outfit was tailored perfectly to the models.

There were four beautiful models strutting the make-shift runway during tea time, two men and two women; or should I say girls, as the female models are only 15 years old. No one would have ever known without inquiring however, as these ladies were fierce enough to appear on America’s Next Top Model.

Terri Mahn, from the company The Stylist Closet, was the head coordinator and stylist for Ted Baker at the event. She styled all of the wardrobes and coordinated all of the backstage dressers behind the scenes at the show. She will also participate in the official opening night event of Boston Fashion Week, The Launch. Several members of her team mentored the designers featured at The Launch. Her own event is the closing night party the Youth Design’s 2nd Annual Carnival Celebration at the W Hotel. There she will feature photos of the people who are behind the scenes in the fashion business taken by 10 of the top fashion photographers in Boston. The event will present over 200 black and white portraits in each of the photographers’ galleries.