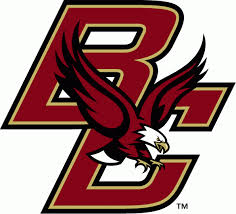 Boston College had it won, but let the game slip through its finger tips, literally.

Down by four with 1:11 left in the game, Tyler Rouse dropped a potential game-winning touchdown pass from Tyler Murphy at the five-yard line.  If Rouse had made the catch, he would have scored.

That was the best chance Boston College would get, with three straight incompletions resulting in a turnover on downs and Clemson kneeling the clock out to close the game.

It was coming so close to victory that made this loss especially painful for the Eagles who fell to (4-3) and (1-2) in the ACC.

“It brings back the same taste as Colorado State,” quarterback Tyler Murphy said.  “We kind of just let it slip away.  We fought.  We played really hard.  We just have to keep our heads up and find ways to get better.”

Against Colorado State, Boston College led 21-17 with 1:02 to play when Colorado State quarterback Garrett Grayson connected with Charles Lovett for a 12-yard touchdown on a 4th and goal play.  One more stop, and BC would have won.

“We’re on a roller coaster ride,” Boston College coach Steve Addazio said.  “We have to be able to strike back from this.  That’s our biggest challenge, but I know our kids are tough and resilient, and we’ll get that done.”

Up next for the Eagles is another ACC match-up against the Wake Forest Demon Deacons.