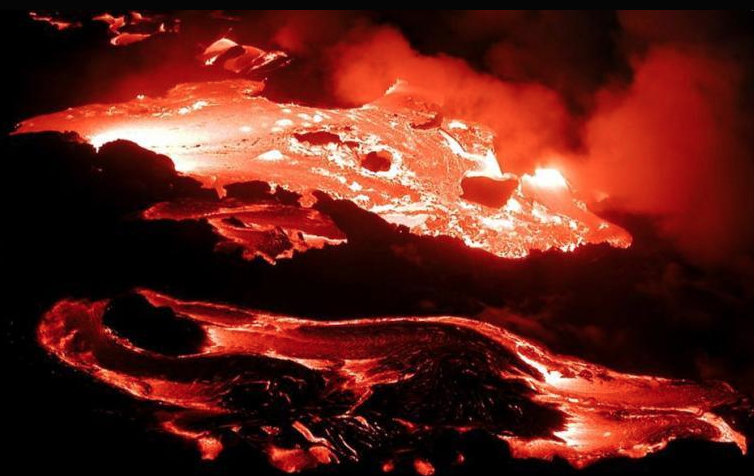 An unstoppable river of lava is threatening the Hawaiian town of Pahoa.

The 2,000-degree molten rock flowing from Kilauea Volcano is only 350 yards away from a dozen homes, according to Troy Scott of the Hawaii County Civil Defense Agency.

There are no mandatory evacuations in place, though authorities warned residents of the fiery river.

“In many cases we will not force them leave, unless it becomes an unsafe condition,” Scott.

The dark rock is moving slowly, about 30 feet per hour.

Many Residents chose to leave with their belongings. Others are staying to watch the lava engulf their home.

Scott said those who stay would be taken to a safe distance “to allow them to have their closure.”

The scalding hot lava has already enveloped fences, a cemetery and come close to main roads. In June a volcanic crater vented and the liquid rock was released, causing the flow to move toward the city. In some parts the lava is chest high.

“Our goal is to work with the residents and business owners, as the lava flow goes through their area,” said Darryl Oliviera, director of the Hawaii County Civil Defense, who told CNN.

Oliviera said authors do not plan to divert the lava, saying “no matter how you would turn it, you would direct it toward someone’s property.”

Alii Hauanio, a resident, told CNN affiliate KHNL that he has packed up his things, but intends to watch the fiery ooze pass his home.

“To see it, in actuality, I think it might bring closure to know that it’s done and turn that page, and we’re starting another chapter,” Hauanio told the station.