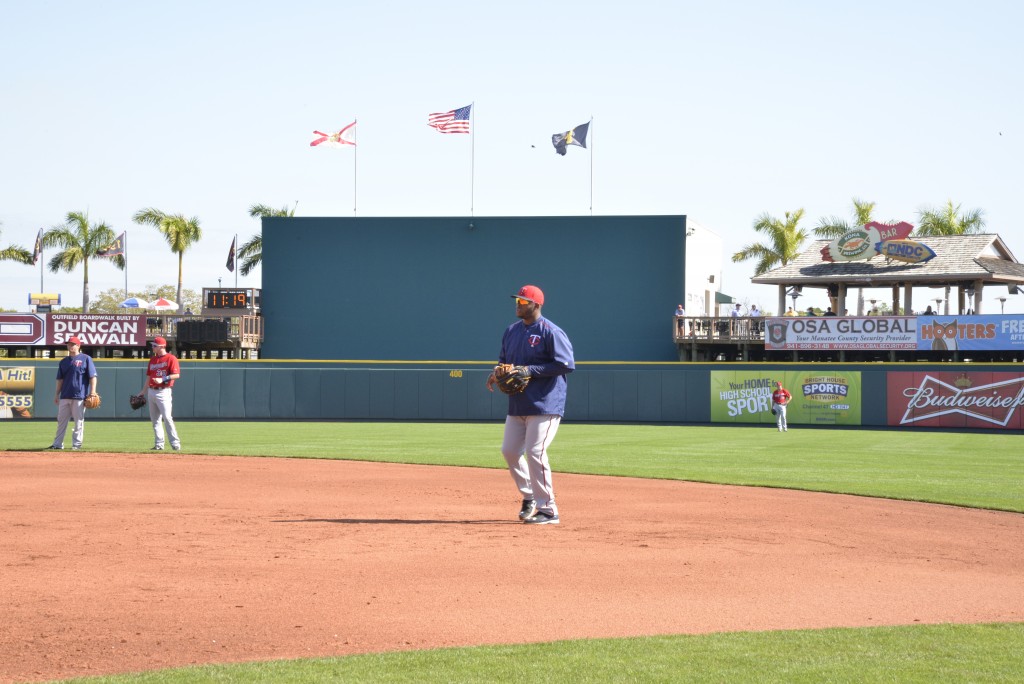 Miguel Sano hit his first homerun of the spring season off Pittsburgh Pirates’ Gerrit Cole. During the second inning, Sano hit the home run to left-center field on a 0-0 pitch.

Cole came out strong against Ricky Nolasco and the Minnesota Twins at McKechnie Field in Bradenton, Florida. The game ended in a 1-1 tie. Last season, the starting pitcher had 138 strikeouts in 138 innings.

“It doesn’t affect [the game] at all. It’s going to be an adjustment in there, as far as keeping a foot in the box, but the objective is the same. Pitchers still got to pitch, we still have to hit it. It’s not changing anything as far as what we’re out there trying to do,” Harrison tells WEBN.

In an effort to speed up the game, pace-of-play clocks were introduced, with spring training being used as a “warmup.” Starting May 1, players who excessively break these rules will be fined $500.