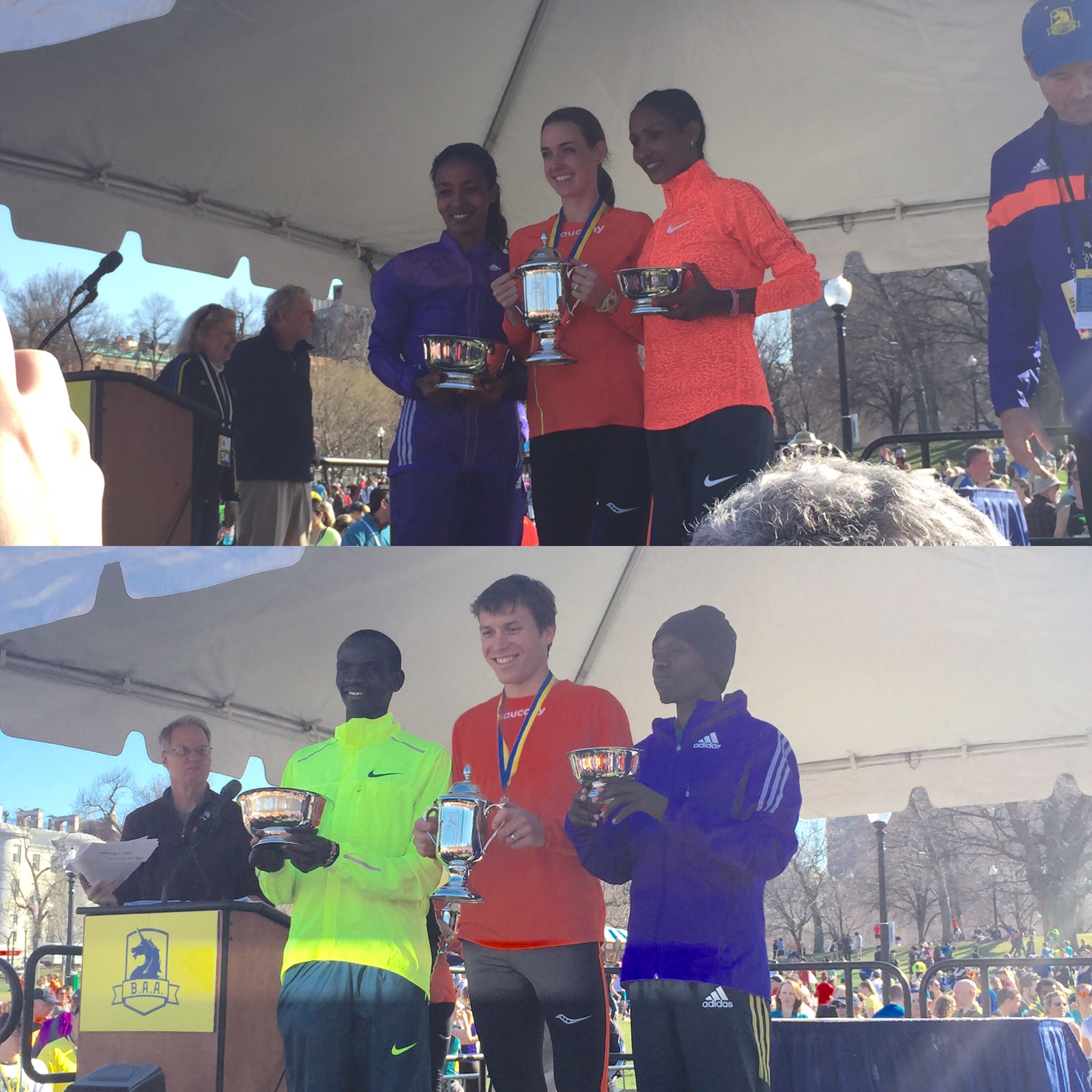 Runners came out early to participate in the 2015 Boston Athletic Association 5K race on a bright and beautiful Saturday morning.

Participants came from all over the world including places like Australia and Spain. The race proved to be great practice for those participating in the Boston Marathon on Monday.

Ben True and Molly Huddle came in first place for Men and Women in the 5K race. Both are also Massachusetts natives. Not only are True and Huddle from the state, they also set a new American record.

‪”I was watching the clock and making sure I was going to get the record,” True told Runner’s World, ”That was a big motivation at that point.”

“I did the math and realized, even though I was in fifth or sixth place, that I was on American record pace,” Huddle said to Runner’s World. “That got me more momentum for the last mile.”

This excitement bodes well in anticipating the Boston Marathon kick-off. Participants and spectators were able to get a taste of what is to come on Marathon Monday.