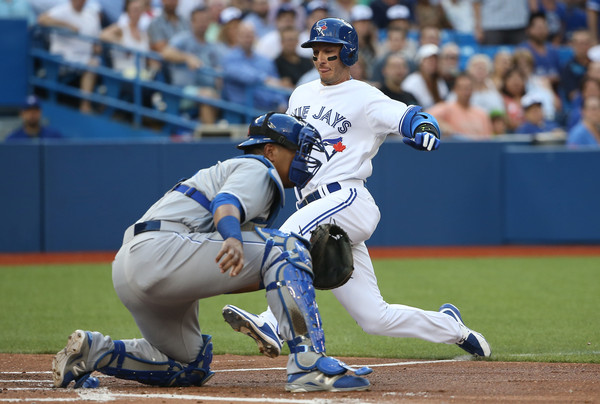 The Toronto Blue Jays and the Kansas City Royals will start a best-of-seven American League Championship Series on Friday in Kansas City at Kauffman Stadium. Both teams won their respective American League Division Series in decisive Game 5’s on Wednesday. In a seven-game season series this year, the Blue Jays edged out the Royals, 4-3.

To start things off Friday night, the Blue Jays will send Marco Estrada to the mound to face off against Royals right-hander Edinson Volquez. Estrada pitched during the ALDS against the Texas Rangers, holding them to one run on five hits, while striking out four batters, over 6.1 innings pitched, as he gathered a huge Game 3 win in Texas. He will be followed by ace left-hander David Price, along with Marcus Stroman and R.A. Dickey.

Opposing the Blue Jays on the mound on Friday night will be Edinson Volquez. Volquez picked up a Game 3 loss, as he allowed three runs on five hits, while striking out eight and walking four, over 5.2 innings pitched. He will be followed by Yordano Ventura and Johnny Cueto, both of whom have already made two starts this postseason. Something that the Royals will have in to their advantage is that the right-handed heavy hitting Blue Jays won’t be facing any left-handed starters this series, as Toronto have toasted left-handed pitching all season.