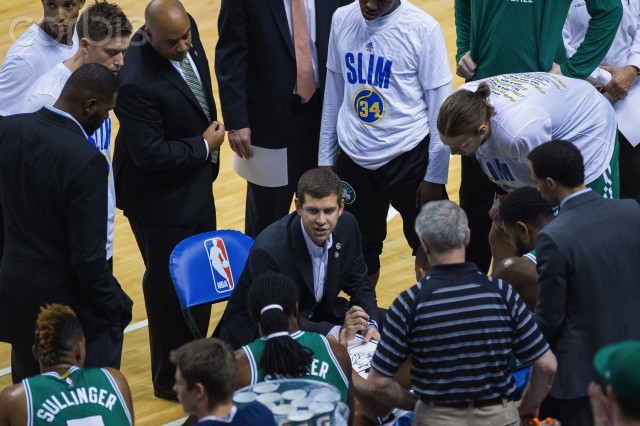 By Logan Reever 04/02/16This band of misfits and throw-in trade players keep finding a way. Coming off an important home win against the current four-seed in the East, Miami Heat, on Saturday afternoon, the Celtics rallied in a game they trailed for the majority of against the Utah Jazz to take home their 11th straight home win.Coming just ten nights after Utah defeated Boston in the first game following the All-Star break, the game was anything but revenge for the Celtics in the first 36 minutes. Leading Utah’s charge was Shelvin Mack who decided to tear up his old college basketball coach in Brad Stevens with 18 points as well as Trey Lyles who came off the bench with the same amount. Similar to many of the Celtics wins this season, the real game came in the fourth quarter when it was winning time.Following a Mack lay-up to give the Jazz a one point edge, Jae Crowder responded on the fast break lay-up on the other end to send the lead right back Boston’s way. The clock hitting three minutes left at that point but we were just getting started and by we, I mean Shelvin Mack. With under a minute to play, Mack was back at it again with the big shot. A three ball to put Utah up with just over 50 seconds remaining. The biggest two plays in the game followed. As the shot clock winded down on the other end, Isaiah Thomas hit Jae Crowder who buried the triple to snag the lead right back from the Jazz’ hands. An attempt to give the lead back to Utah was denied on a sensational block by Avery Bradley. “I love to take that challenge,” Bradley said on the block. Challenge accepted for sure and another test passed by the gritty Celtic team that clamps down when they need to.Up next is another home game for the East’s newest contenders. A matchup against the fajita-sizzling Damian Lillard and a Portland team on the rise and in the playoff hunt. Ball tips at 7:30 p.m. at TD Garden.