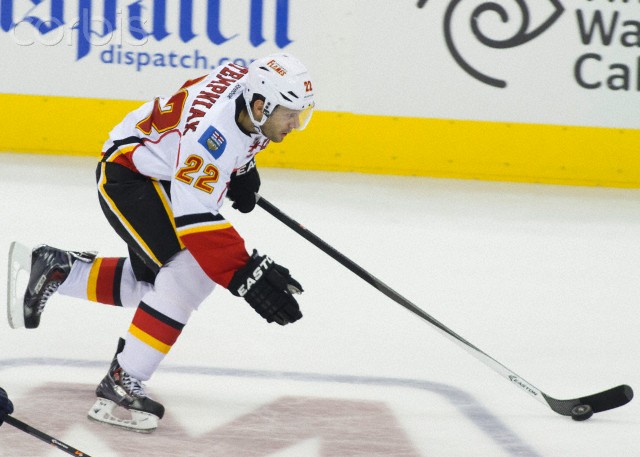 Trade deadline weekend came with a flurry of deals and rumors in the NHL. Andrew Ladd went to the Chicago Blackhawks for a first round pick and a prospect, which seemed to set the price for a potential Loui Eriksson deal. Rumors swirled around the Bruins; they were shopping Eriksson hard and looking into acquiring Dan Hamhuis from Vancouver, who would be a marked improvement on Boston’s current defense. Yet Saturday came and went with no updates. So did Sunday. By Monday at 2:50 PM, ten minutes before the trade deadline, Boston GM Don Sweeney had made no trades.  Dan Hamhuis appeared unwilling to waive his no trade clause to move to the Eastern Conference, and reports that Eriksson would not be traded were surfacing.

Finally, just before the deadline at 3:00 PM, Boston made two moves. Sweeney acquired 35-year-old defenseman John Michael-Liles from the Carolina Hurricanes in exchange for a third round draft pick, a fifth round draft pick, and AHL prospect Anthony Camara. Additionally, 33 year-old right winger Lee Stempniak was acquired from the New Jersey Devils in exchange for a 2017 second round pick and a 2016 fourth round pick.

Immediate reaction to Boston’s deadline moves has not been positive. Neither trade is awful, but they reek of poor asset management and a deviation from the plan that Don Sweeney proposed when he was brought in as general manager. John Michael-Liles will help shore up Boston’s defense with excellent shot suppression; something the team has struggled with often this season. However, it’s likely his presence will push Joe Morrow, who has been playing well as of late, out of the lineup. It’s entirely possible the rest of the regular season will see the Bruins’ young defensemen (Morrow, Zach Trotman, Colin Miller) out of the everyday NHL lineup.

Lee Stempniak is another veteran addition. He’ll strengthen Boston’s right wing depth, likely slotting in on the top line with Bergeron and Marchand and allowing Brett Connolly to move to the third or fourth line, where he may find more favorable defensive matchups. Stempniak was New Jersey’s top scorer this season and is having a career year with 41 points in 63 games, and will also contribute to Boston’s penalty kill, which currently is 12th best in the league at 81.9 percent. Unfortunately, Sweeney gave up two draft picks for Stempniak when he could have been signed to a league minimum contract at the beginning of the season as a free agent. Stempniak spent time practicing with the Bruins during training camp (he lives in Boston during the offseason) and was offered a professional tryout contract by both Boston and New Jersey- he decided to go to New Jersey. Had Sweeney shown more faith and offered a league minimum contract rather than a PTO, the Bruins could have benefited from Stempniak all year.

Don Sweeney made moves to vaguely improve the Bruins for the rest of the season and for the playoffs. John Michael-Liles and Lee Stempniak will help the Bruins, and maybe they’ll make it out of the first round. Maybe they’ll even win two rounds in the playoffs.  But Sweeney has now failed to sign Loui Eriksson by the trade deadline or trade him. Sure, maybe the right deal was not there, but the pressure is now on to sign Eriksson before he becomes a free agent this summer, and Eriksson’s camp holds all the leverage. It’s hard to imagine Eriksson sticking with the team when he can get a long, expensive contract from any number of teams on the open market. Sweeney’s approach to this trade deadline- trading away draft picks for decent, but ultimately unnecessary rentals- is a departure from his original plan to retool the Boston Bruins and build a Stanley Cup contender once again. It’s reminiscent of the late 1990s and early 2000s, when Boston’s front office seemed complacent to merely make the playoffs and not willing to make the decisions it takes to build a championship-winning hockey team.

The Bruins begin playing with their new teammates Tuesday night, March 1, against the Calgary Flames. Time will tell how Boston’s decisions at the trade deadline pan out, but in the immediate aftermath, it’s not a great look.