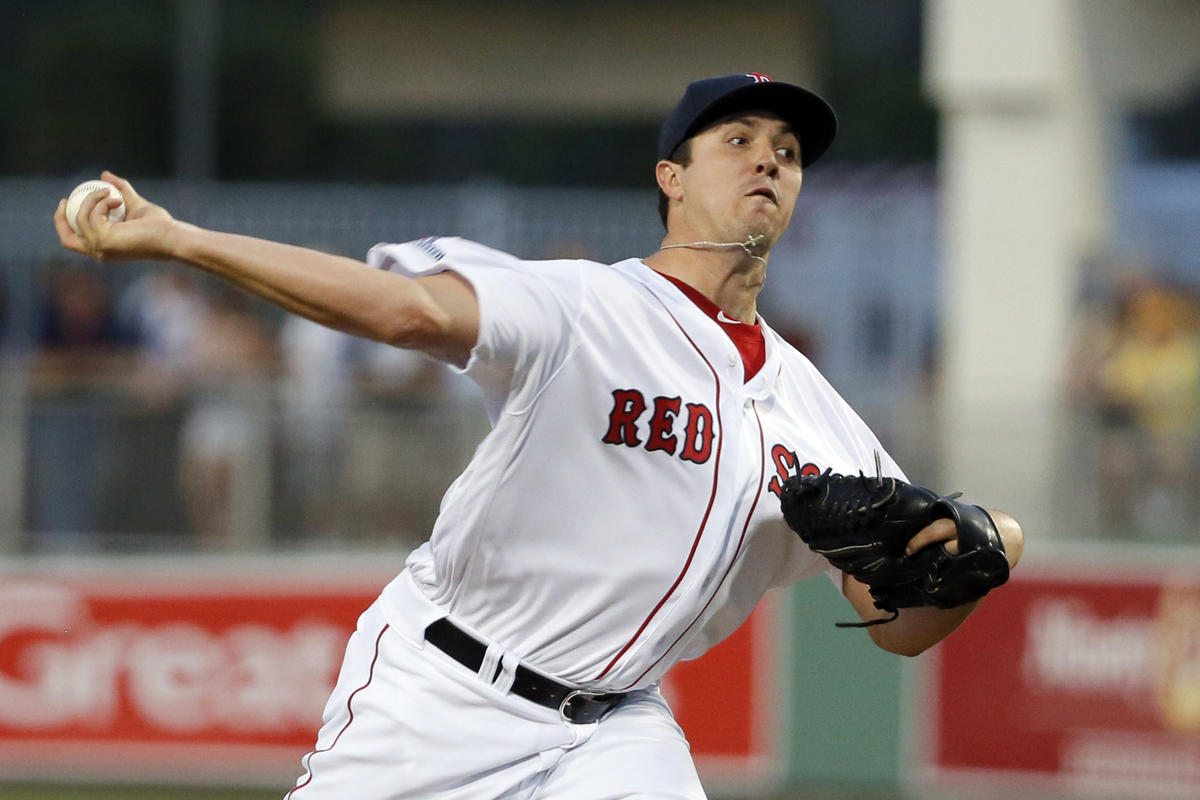 The Boston Red Sox will be without one of its key relievers for an extended period of time. A report from Scott Lauber of ESPN Boston says relief pitcher Carson Smith was diagnosed with a strained flexor mass muscle in his right arm. Smith walked off the field in a relief appearance he field during his last appearance against the Miami Marlins, as he complained of cramping in his right forearm. After undergoing an MRI exam, the injury was revealed.

The Red Sox, after finding this injury, will be forced to put one of its vital pieces to their newly-formed bullpen on the 15-day disabled list, but things could be worse. Teams are always wary when they have a pitcher go down with an injury to their pitching arm, especially close to the elbow area. Over the past couple years, the amount of Tommy John surgeries, which is when doctors go in a reconstruct the elbow ligaments, has increased dramatically.

“There’s no throwing schedule in place yet,” Red Sox manager John Farrell told media members, including Lauber. “We’ve got to get a few days of treatment just to see how he comes through that. This is a little bit of a setback, obviously.”

Boston acquired Smith in a trade with the Seattle Mariners this past offseason in December, along with left-handed pitcher Roenis Elias, in exchange for left-handed starter Wade Miley and  minor league pitcher Jonathan Aro. The Red Sox planned on inserting him into a late-game role in the bullpen to pair with Koji Uehara and Junichi Tazawa, as well as closer Craig Kimbrel, who Boston got from the San Diego Padres in a blockbuster deal this winter. However, that combination will have to wait.

Left-hander Matt Barnes may have a chance at cracking a spot on the roster with the recent injury to Smith. In eight and 1/3 innings pitched this spring, the 25-year-old reliever has not allowed a single run, while recording nine strikeouts. In 52 innings in the big leagues over two seasons, Barnes sports a 3-4 record, along with a 5.19 ERA, while striking out 39 batters and walking fifteen batters, over 37 appearances (two starts).

Image is courtesy of The Boston Herald.