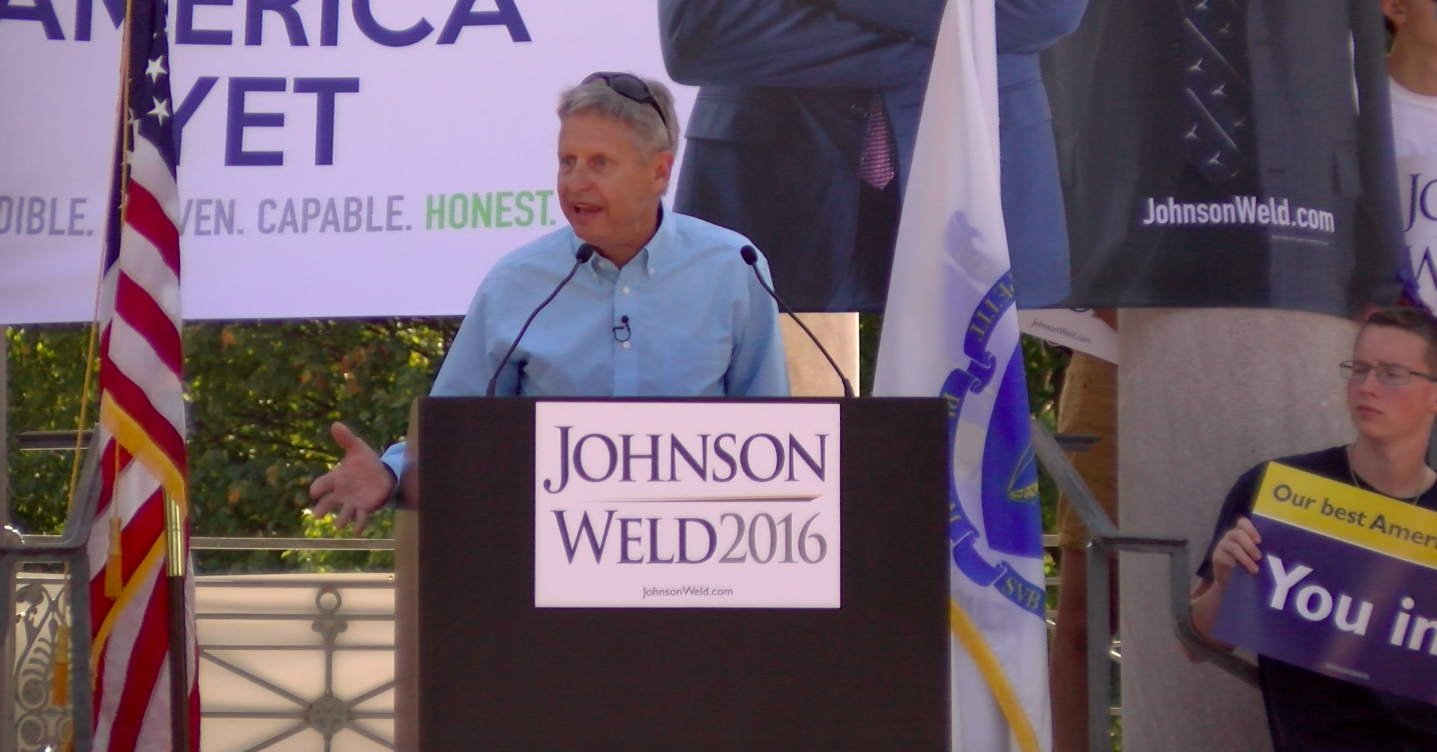 The Libertarian presidential ticket is boosting itself as “the other choice” in this year’s presidential race.

Governor Gary Johnson and running mate Governor William Weld want to reach voters who disagree with the clashing far left and far right views of Hillary Clinton and Donald Trump. The candidates consider being in the middle of the Democratic and Republican parties to be beneficial.

“We are two former Republican governors, having both been re-elected in Democrat states, having the unique combination of being fiscally conservative, proven, socially inclusive,” Johnson said.

Weld said participating in the presidential debates is key to allowing voters to hear Johnson’s arguments and ultimately winning the race.

“The goal is to get into the debates, and if that happens, there will be a saturation of media coverage of our campaign until November 8 so that by Election Day, Gary Johnson will have 100% name recognition,” said Weld.

The polls identified by the Commission on Presidential Debates put Johnson and Weld at 10%, which is 5% less than needed for debates. Johnson is confident they will still make it.

Undecided voter Gabriel Durazo also wants Johnson alongside Trump and Clinton on the debate stage. He said he learned a lot about the ticket’s positions at a campaign rally in the Boston Common August 27.

“One thing I appreciated was the optimism and hope,” said Durazo. “He [Johnson] tried to reiterate that we don’t have to be fearful about immigrants or fearful about terrorism or anything. You have to deal with those things but in general, things are pretty good in this country.”

Johnson supporter Sophia Romeo said she was excited and shocked to see the amount of energy from the hundreds of people at the rally.

“A lot of people, I think, would agree with him but don’t know about him. I heard people saying they just happened to walk by, and now they’re voting for him,” said Romeo.

Weld had a warm welcome to the rally, as he was the Massachusetts Governor from 1991-1997.

“Since my running mate Bill Weld is a former two-term Republican governor in a state that I realize is heavily Democrat, I have a feeling we are heavily simpatico with what’s happening in Massachusetts,” said Johnson.

Johnson served as governor of New Mexico from 1995 to 2003. In the 2012 presidential election, he withdrew as a Republican nominee and received about 1% of (the vote) votes as the Libertarian nominee.