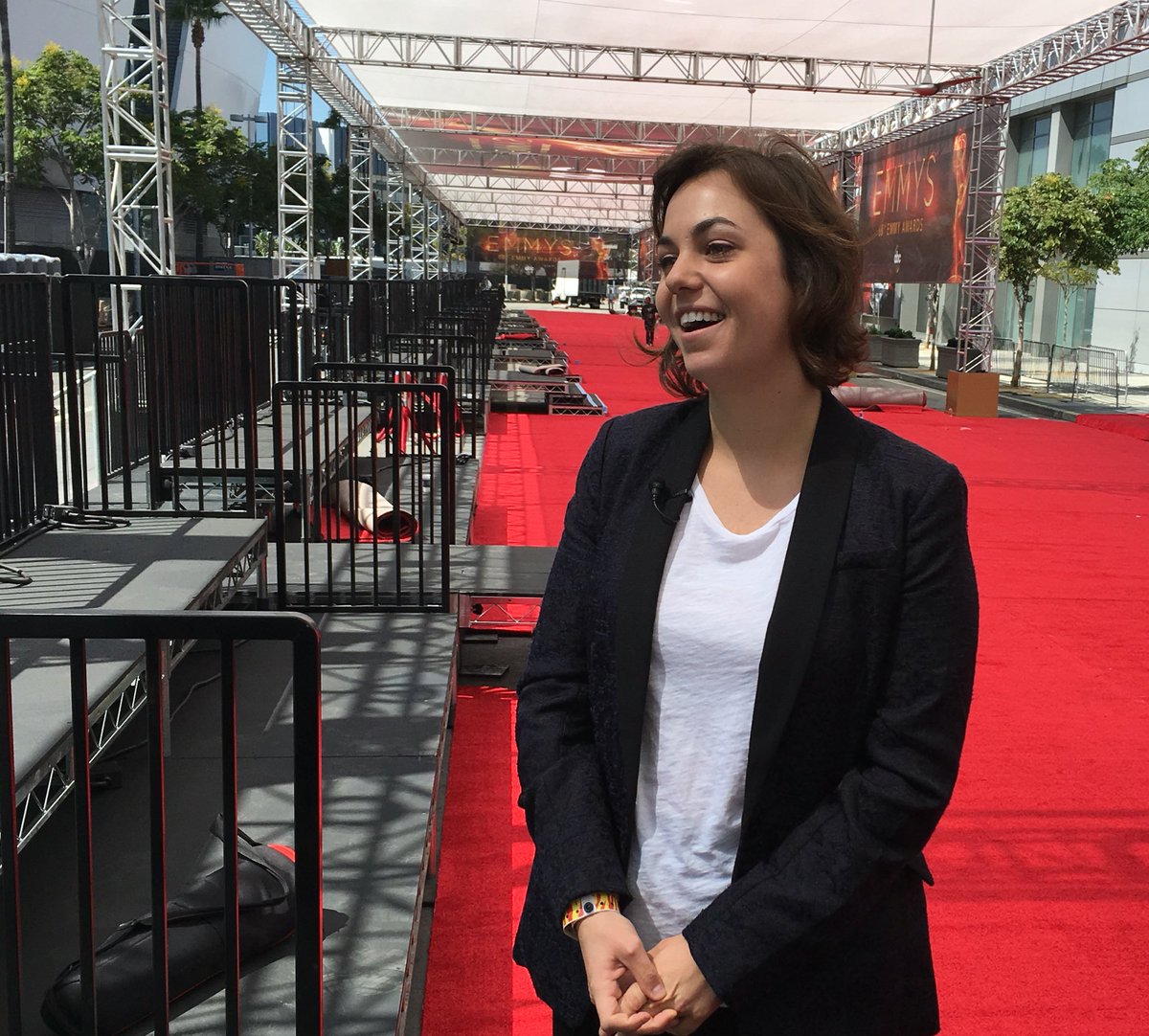 Part of the fun of watching the Emmys, is following along on social media to see what other viewers are saying about the award show.

MTV’s Girl Code star, Quinn Marcus, is the social media correspondent for the Emmys this year

The company’s founder, Jillian Wilson, said she immediately thought of Marcus to be the face of event.

“I immediately think Quinn. Who better to do it than someone who has their own TV show coming out– on ABC Digital? She’s ABC Digital talent. Who better to show the Emmys digitally, than Quinn Marcus herself?” said Wilson.

Even though she’s interviewed celebrities on red carpets before, she’s still learning how to use social media.

“I’m learning a lot about social media. I had to get a Snapchat for this,” Marcus said.

And while she’s still figuring out how to use the app’s face filters, she has been a natural interviewing people on the red carpet.

“The cool thing is, I never know who I’m going to interview on the carpet. So, I can’t prepare. [It’s] just in that five seconds when it’s ‘oh here comes…’ and then you think what do I want to talk to them about,” she gushed.

Marcus likes not knowing who she’s going to interview because it adds pressure forcing her to rise to the occasion.

“I don’t really get starstruck, because I’m more concerned about the interview because it’s part of the job,” Marcus explained.

Even though she can keep her cool when celebrities walk by, Marcus did admit, “Today I got to meet my hero– Jimmy Kimmel. Oh man, now I’m just thinking about it,” She said, drifting back to the memory.

When Marcus isn’t strutting around red carpets, she’s working on her new talk show, A Little of Your Time with Quinn Marcus. The show premiered right in the middle of the Emmys commotion and is now available for streaming on ABC Digital.