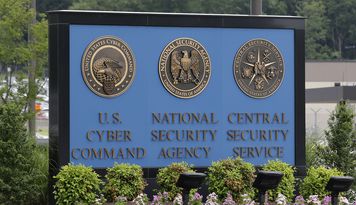 The F.B.I, in the secret arrest, found multiple terabytes of documents in Martin’s possession. Martin had been a contractor for the N.S.A for two decades and has been taking home classified information for over sixteen years.

Two months ago, the F.B.I. discovered a number of these documents up for auction online by a group calling itself Shadow Brokers. The Shadow Brokers, an anonymous hacking group, has been releasing hacked material to the public over the past couple months. It is unclear whether Martin was involved in the event with the Shadow Brokers.

Investigators are unable to prove whether the leak was deliberate or if Martin’s computer was hacked. There are forensic clues that Martin’s material was the source of the hack but there is no conclusive data as of now. The F.B.I. is also examining the possibility that Martin may have sold hacking tools for money, considering he has a history of debt and lavish spending.

Martin explained that he had gotten into a habit of taking home material to study it and improve his skills for the job. He also explained how he took the classified material. Martin denied consciously passing on the material to any other parties. The N.S.A. is flabbergasted that Martin was able to take home such a great deal of material over the last 16 years.

Martin is currently imprisoned and is expected to be charged with violating the Espionage Act. Federal prosecutors claim that Martin is a major threat to national security and should remain incarcerated without bail.