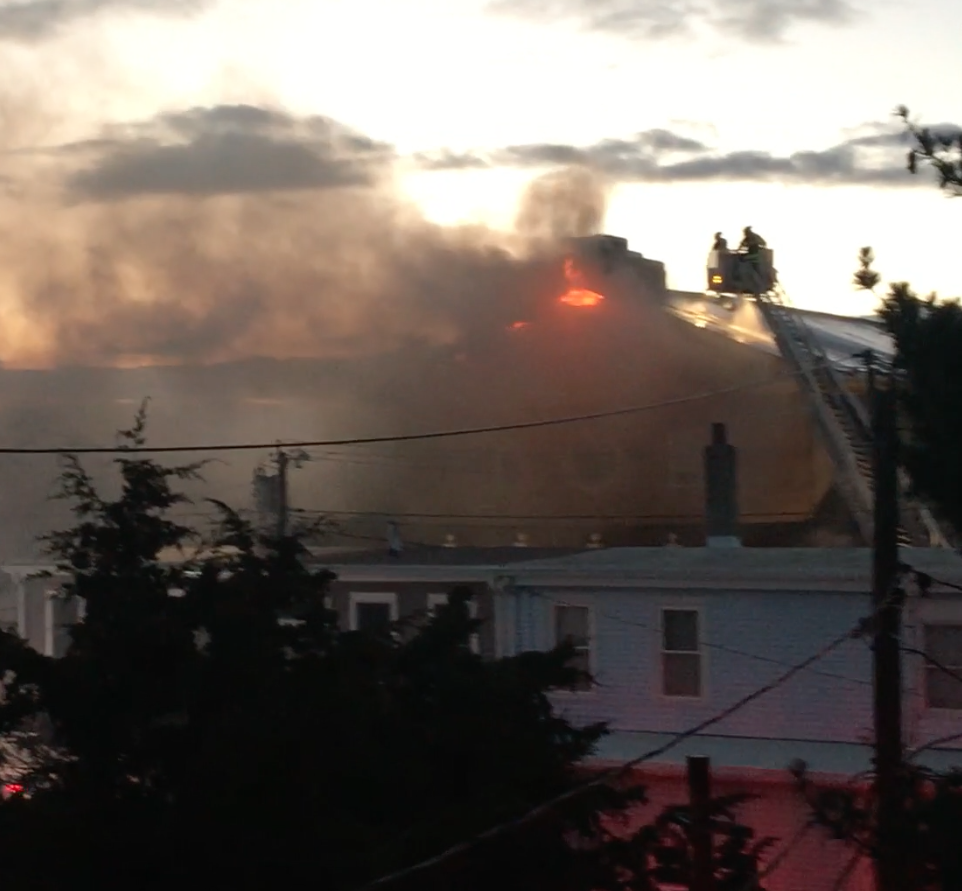 At least 4 people have been injured and 60 left homeless in Cambridge after a 10-alarm fire burns 15 buildings.

Police immediately evacuated the area after the first call for the fire came in at about 3p.m.

The fire initially erupted from a building near Kendall Square on Berkshire and Vandine streets and kept spreading due to heavy winds.

The thick black smoke could be seen from miles away.

Joseph Fagundes was on the scene and ran toward the flames, trying to get others to safety.

“I don’t know what caused it, but the house at the end of this corner was engulfed in flames…I ran to a few of these houses just to make sure people were ok and to get them out.”

Another resident of the area only had time to grab essentials during the seconds she had to leave her home.

“I was in my house and I heard an explosion and people were running down the street, so I left. I grabbed my computer, my phone and my cat, the obvious things.”

.@BostonFire making themselves comfortable as they continue to battle the 10-alarm #fire in #Cambridge; Most of the area remains powerless pic.twitter.com/9sqOW7V2S8

Fire crews were on scene for more than 10 hours, making sure that all of the hot spots were put out.

Cambridge Fire Chief Gerald Reardon called it was one of the worst scenes he’s seen in his 33 years on the job.

“This looked like a fireball across the street,” said Chief Reardon. “It looked like something you could see in a war zone.”

The Red Cross opened a warming center for those left homeless at the War Memorial Recreation Center, at 1640 Cambridge Street.

Boston Mayor Marty Walsh tweeted his condolences to the many affected and thanked the first responders.

Our thoughts and prayers are with those affected by the fire in Cambridge. TY to all the courageous first responders who kept everyone safe.

The cause of the fire is still under investigation and police are urging people to avoid the area.

A GoFundMe page has been set by Cambridge Mayor Denise Simmons to help the victims.