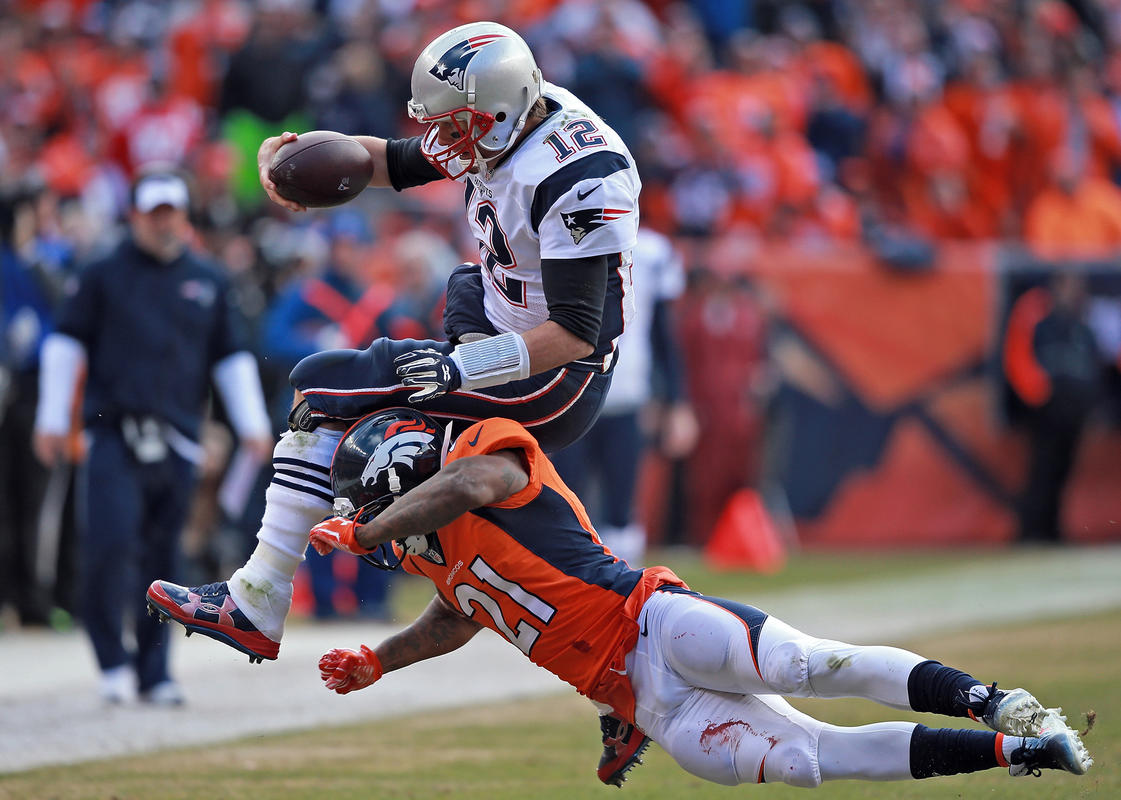 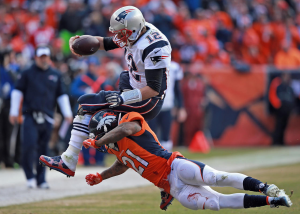 It is the rematch of the most recent AFC Championship Game as the New England Patriots will face off against the Super Bowl Champion Denver Broncos.

The last time these two teams faced off it was difficult for both the Patriots team and their fans as Tom Brady was hit 23 times, and barring a few drives at the beginning and end of the game, couldn’t get anything going.Tom Brady’s 86.4 quarterback rating he put up in that game was his worst in the 2015 season, and his two interceptions were tied for his most in a game in 2015.

In his weekly press conference, Brady still says that the game is still is fresh in his mind and is working to put up a better performance for his team.

“Yeah, I think you always remember those feelings and you remember the circumstances of the game,” Brady said. “Of course, to watch that game again – I watched it a bunch this offseason – but to watch it again, you’re just trying to do things better than the way we’ve done them. If you want a different outcome then you’ve got to do things differently and we’ve got to play better. I think that’s what it comes down to. I think about the things that I need to do better. We’ve been close, but close is not good enough when you play in the NFL. You’ve got to be able to finish your job.”

A lot of these struggles have to do with the Denver defense, which currently is the number one ranked defense in the NFL at this time. Patriots head coach Bill Belichick discussed the impact that Aqib Talib, the pro bowl corner who the coach knows very well from his time in New England.

“They can put him on anybody,” Belichick said. “He’s long and he’s fast. He’s quick, he’s got great ball skills, he tackles well, he’s smart, he’s got great football instincts, great defensive instincts. You can put him on whoever you want. The guy is one of the top corners in the game and he has been for quite a while. He does everything well.”

Talib also addressed himself how he and his team feel about playing the team with the best record in the AFC.

Another Broncos cornerback Chris Harris who is also one of the best cornerbacks in the NFL addressed playing against an elite quarterback like Tom Brady and how you need to play at your best to make the game tougher for him.

“He brings the best out of everybody,” Harris said. “When you play against him, you want to play at a high, elite level versus him. You’ve got no choice. We’ve got the coverage and the rush. That gives him trouble; it makes him think a little bit longer. That’s what we’re going to try to do again.”

Prediction:
The last time these two teams met it was under very different circumstances with different personnel. The Broncos offense has been average and has been relying the on the defense to bail them out of games. The Patriots offensive balance and their offensive line is far better than the last time these two teams met. This game will be a low scoring physical battle, but the Patriots pull this one out as they are the more battle tested team coming off a win against an elite defense.