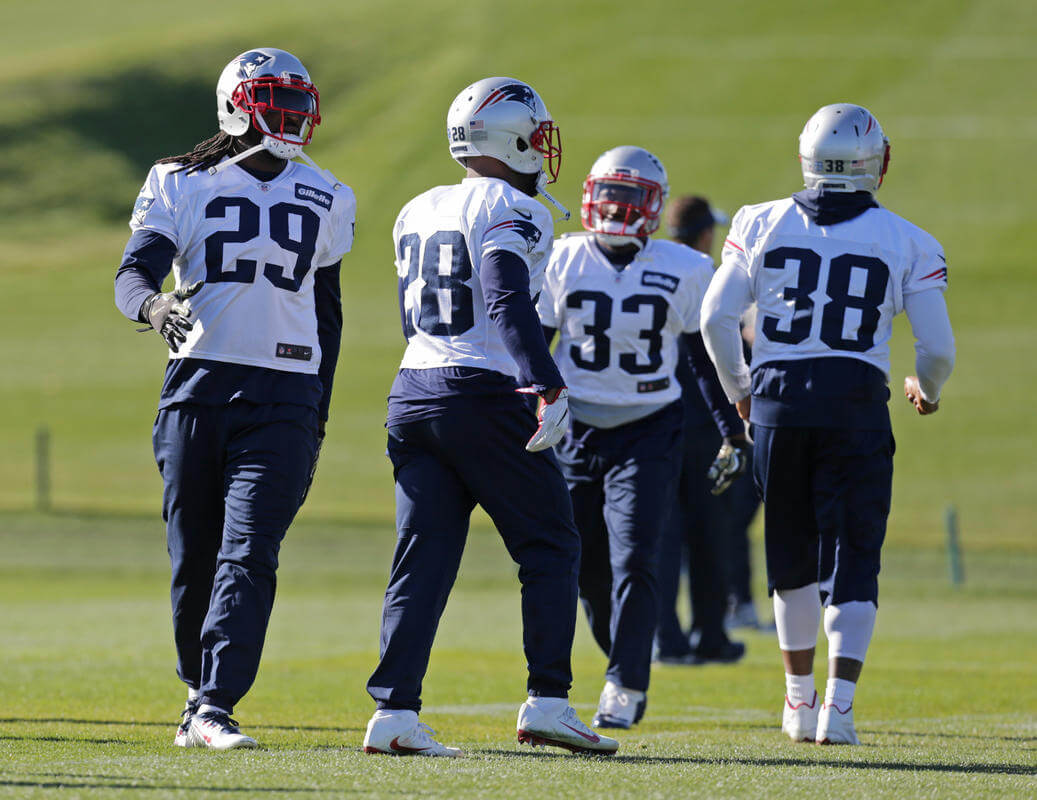 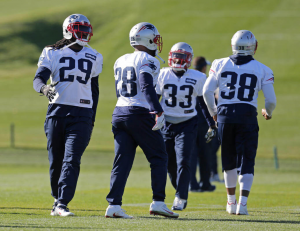 The New England Patriots defeated the Los Angeles Rams in week 13 in a convincing fashion. Most notably, they were able to do it without the help of their all-pro tight end Rob Gronkowski.

Using a trio of running backs gave the Patriots options and left the Rams exhausted and confused. They did so by utilizing three running backs during the drive, passing and rushing Dion Lewis and James White, then capped off with a long run for a touchdown by lead back LeGarrette Blount. All three running backs played at least a quarter each of the snaps throughout the game against the Rams.

“We all have to play our part and we’ll all have to step up and play a bigger role,” LeGarrette Blount said when asked about about how the offense will move on now that Gronkowski is out for the remainder of the season after a season-ending back injury.”We always preach that we have to start fast. That’s the ideal start for any NFL team,” Blount continued. “If you can do that you know you can get everything else rolling, and you can open up the playbook and call the plays that we play.”

Patriots quarterback Tom Brady passed Peyton Manning for the record most wins by a quarterback in the history in NFL. Quarterback Tom Brady praised Blount for his touchdown saying, “Yeah, it was good. The first drive was good,” Brady said. “LG [LeGarrette Blount] had a great run in there on short yardage and kind of busted down the sideline. He’s got a lot of speed. I mean, he never really gets caught. He’s made so many explosive runs here, so it was great to get off to a fast start like that.”

Brady understands that the loss of Gronkowski is a big one and praised his offensive weapons along with his running backs for stepping up and showing a lot of fight and effort to pick up the production.

“I think we’ve still got a lot of other players who can fight as well. We’re going to have to keep doing it, he’s not coming back,” Brady said, “we all want him to get back as quick as he can with his rehab and so forth, but we’ve got to keep playing on.”