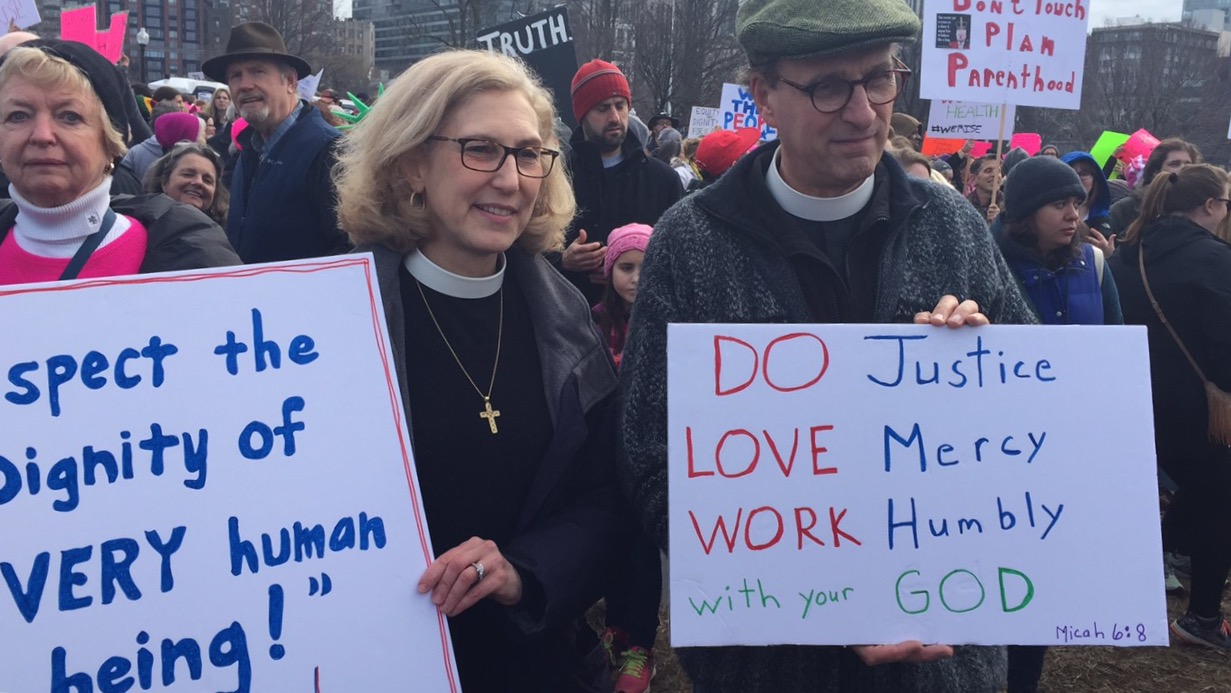 By Catherine Trudell 1/21/2017
More than 150,000 peaceful protesters in Boston joined the international Women’s March today. There were mothers, daughters, husbands, brothers all with their own reason for demonstrating.

“I’m walking for my daughters because they weren’t around in 1968 to walk with me, so it feels very good to be back on the street and fighting for our rights. I’m walking because I really don’t like our new president and I think we have to vote with our feet,” said Judy Flam, alongside her daughter Liza Ulrich.

“To stand up for peace and justice and the rights of every human being,” said Priest Stephanie Bradbury. “I’m thinking of every person that feels disenfranchised.”

Bradbury’s husband Bill, who is also a priest, joined her in Boston Common, saying that he hopes people can come together over the next four years to get things done, in spite of partisanship.