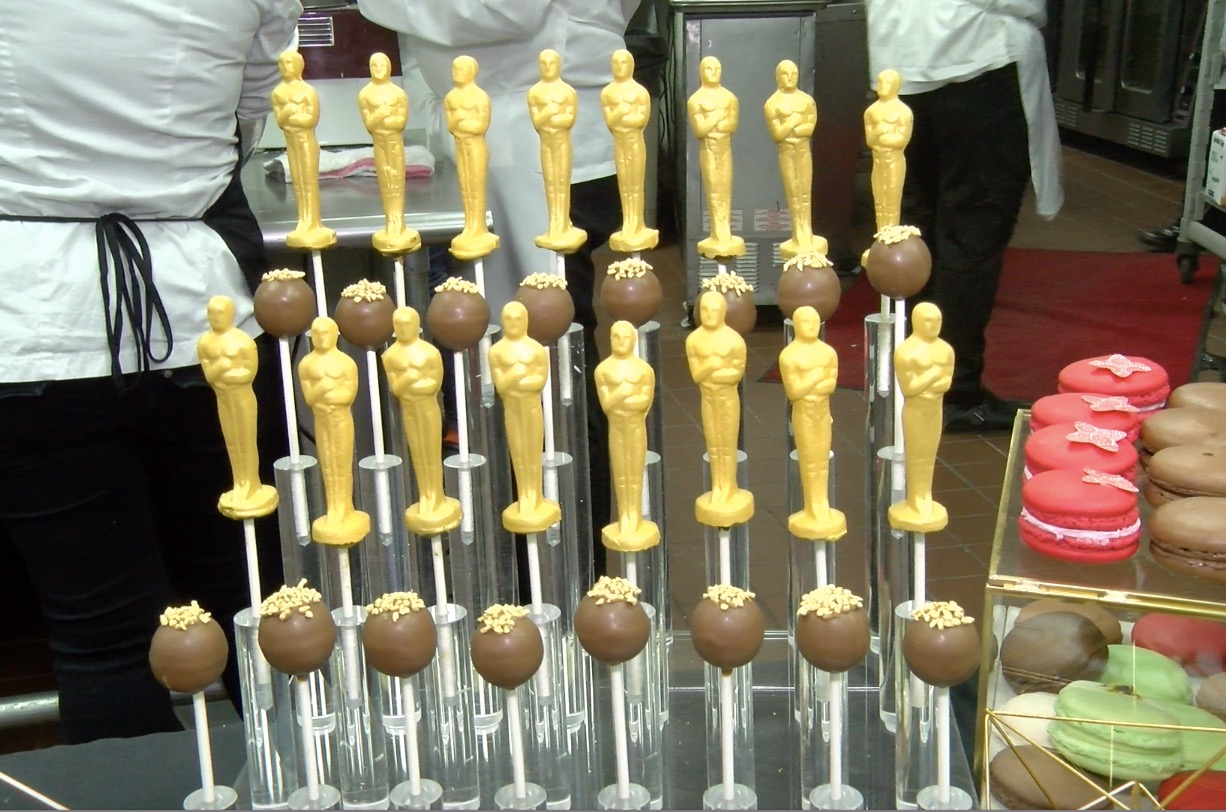 Audiences in the Dolby Theatre work up quite the appetite after the Oscars show, so Executive Chef Wolfgang Puck knows just what to serve to satisfy hungry Hollywood appetites.

The Governors’ Ball is one of the most star-studded events of the year but it’s a challenge that Chef Puck has been rising to for 23 years; and he shows no signs of slowing down.

However, he doesn’t do this work alone. Chef Puck has a whole team of people helping turn simple foods into comfort foods.

“How can you serve 1,600 people and not have a great team? It would be impossible. So we have 300 great people here in the kitchen.”

The menu also featured a New England favorite, lobster. “We have to keep the economy growing in Boston”, said Puck.

Although everyone doesn’t walk away with the golden statue, Chef Puck makes everyone a winner with his golden chocolate Oscars.

“We make 3,000 chocolate Oscars for the Governors’ Ball and it comes from over 500 pounds of chocolate”.

For Puck, the happy ending to the Oscars isn’t just a good meal but a nice dessert for the “cherry on top” ending for Hollywood’s best and brightest.