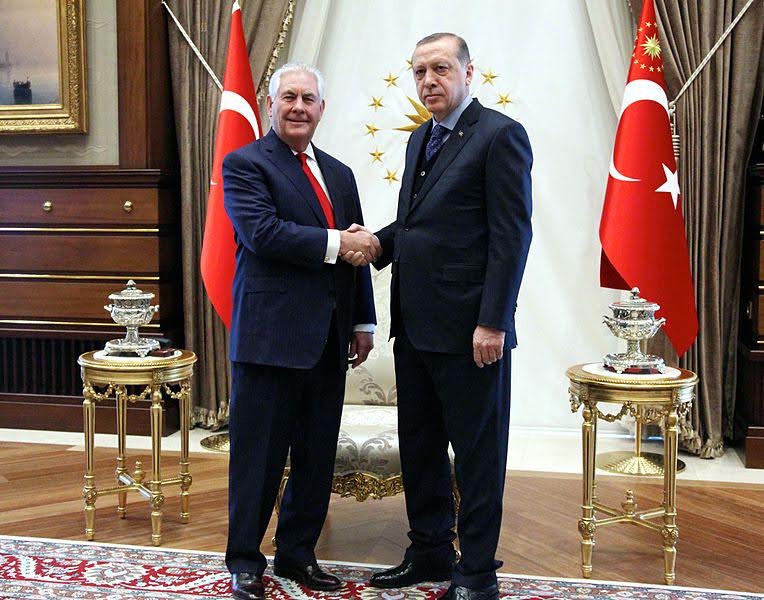 Secretary of State Rex Tillerson sparked controversy last week when he met with Turkish leaders for more than three hours without an American translator, aide, or note-taker.

This break in protocol concerned some former State Department officials who believed it could put the United States at risk if American positions are misinterpreted by an ally that is growing increasingly hostile.

“If the meeting is not conducted in English, it is foolhardy in the extreme not to have at his side a State Department translator, who can ensure that Mr. Tillerson’s points are delivered accurately and with the proper emphasis,” former State Department spokesman John Kirby told CNN.

Tillerson is in Ankara discussing the growing tensions that involve the U.S. military’s anti-ISIS alliance with the YPG, a Kurdish militia based in Syria. He is also working to decrease the possibility of clashes between Turkish and U.S. forces.

A State Department official rebutted the criticism, telling reporters that Tillerson has “met before with President Erdogan,” and “he’s okay with the foreign minister doing the translation.” The official said that Tillerson and Erdogan have a “good, strong working relationship.”

The Pentagon recently responded to Turkish threats to challenge the YPG and push into a town where the U.S. trains Turkish Kurds. The U.S. has warned Ankara not to follow through, but Turkey has not yet agreed to back down.