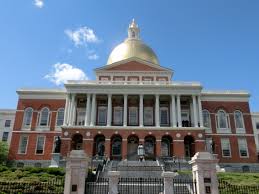 Massachusetts lawmakers announced new legislation that aims to assist offenders who are trapped in the criminal justice system. The bill is in response to the anti-crime programs of the 1990s, which according to critics, disproportionately hurt minorities and the poor.

The legislation is expected to pass the Democratic-controlled House and Senate, but Republican Governor Charlie Baker has yet to take a position. Few oppose the bill but many of the state’s district attorneys voiced their opposition during the legislative process.

Juvenile court jurisdiction over children aged seven through eleven will be eliminated if the new legislation is passed to avoid the trauma that young defendants have suffered from having to go to court.

Under the current law people convicted of stealing cash or goods worth as little as $250 could be sentenced to up to five years in prison, and they are forever labeled felons. This makes it difficult for these ex-convicts to complete their education or gain employment. The new bill sets the threshold for a felony larceny to be raised from $250 to $1,200. Under this provision, an offender would not have to serve five years in prison for stealing a pair of sneakers.

Senator Karen Spilka said, “Today’s agreement is a significant step forward for social and economic justice, and toward ending the cycles of incarceration that remain far too prevalent in our Commonwealth.”