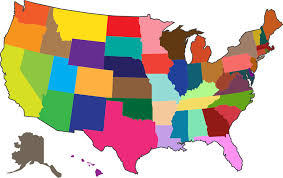 Two counties in Massachusetts are ranked among the healthiest in the country. Dukes County and Norfolk County both landed on the U.S. News & World Report list of America’s healthiest communities.

Dukes County, Martha’s Vineyard a wealthy island resort off the coast, is ranked fifth in the nation. Norfolk is the 18th healthiest county in the U.S, it is located in the South East part of Massachusetts.  The rankings are based on the health of the people, adequate housing, the quality of the food, as well as public safety and the environment.

Dukes had the highest score in “community vitality,” which measures the “stability and social cohesion” of a community. Norfolk County did best in the education category.

The number one healthiest county in the country is Falls Church, Virginia, suburb of Washington, DC followed by Douglas County, Colorado. The unhealthiest county is Emmet County, Iowa. It has very low ratings in equality and economy.