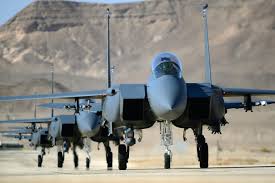 Early Sunday morning a suspected poison gas attack in the rebel-held city of Douma killed as many as 70 Syrians, mostly women, and children.

The Syrian American Medical Society said that the attack also sent 500 civilians to local medical centers to receive treatment for “symptoms indicative of exposure to a chemical agent.”

Douma, one of the last rebel strongholds in Syria, had been peaceful for 10 days prior to the attack because of a truce. But the truce began to break down over disagreements on how the rebel Army of Islam fighters should be evacuated from the city.

Both Russia and Syria have denied the use of any chemical weapons. However, nine countries have called for an emergency meeting of the UN Security Council to discuss the attack and an international response.

Hours after the chemical attack on Douma, Israel allegedly answered back by launching airstrikes against an airbase in Syria, killing at least 14 people. The Israeli foreign ministry had no comment. However, the Russian Defense Ministry stated that eight missiles were fired at the Syrian airbase, but only three hit their target.

Since 2012, Israel has initiated over 100 airstrikes on Syria, often targeting weapon convoys and militants’ strongholds.