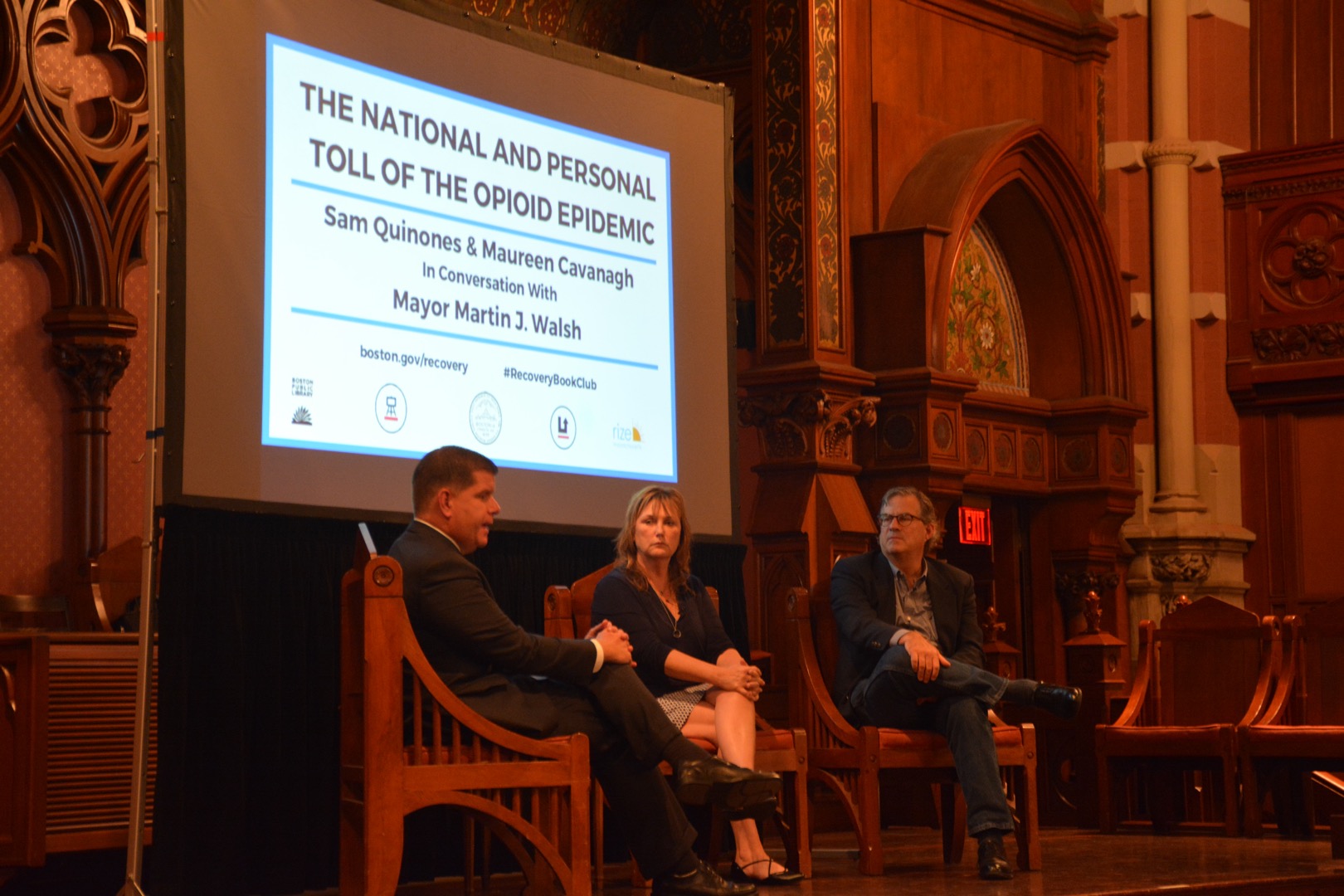 “No one ever expects their child to be addicted to heroin,” Maureen Cavanagh said through tears while reflecting on her experience as a mother whose daughter developed a dependence on opioids.

Cavanagh wrote about this experience in her book, “If You Love Me: A Mother’s Journey Through Her Daughter’s Opioid Addiction”, and spoke about the “quiet shame” she endured as a parent because she felt as if she did something wrong when raising her child.

Her story and others like it are being brought to the public’s attention as part of a month-long effort to raise awareness of substance abuse.

One of the last events in this effort took place this Wednesday in the Old South Church at a panel with two authors of books on opioid addiction which was moderated by Boston Mayor Marty Walsh.

Fisher College Professor Tunde Turi-Markovic brought a dozen students to the panel so that they could have the chance to reflect on the work they had done in clinics and understand the impact they can have on the lives of others.

Sam Quinones published his book, “Dreamland: The True Tale of America’s Opiate Epidemic”, which looks at the devastating effect of opioids on small towns in rural America. “The opioid epidemic,” he said, “shows what America has become.”

Unlike Cavanagh’s book about trying to retain unity, his book “is a story about American isolation,” and he remarked that “addiction is a disease that thrives in this isolation.”

Quinones began looking into the issue of addiction by talking to families. As he talked to additional households and looked more into the issues they had, he realized that the struggles they experienced were only the surface of a much larger problem.

Similarly, Cavanagh struggled to bring the topic of addiction up with others, but as she spoke up more a growing number of people thanked her for doing so. “Parents will read [this book] and not feel so lonely,” she said.

“The first step [in understanding addiction and recovery] is to educate yourself,” Cavanagh said. “We’re treating this disease like a condition where it won’t take a long time to recover.”

Mayor Walsh, who experienced alcoholism, agreed that erasing the stigma behind addiction is a necessary step and said that “[recovery] starts in the home and in having conversations about it.”

The books are available through the Boston Public Library and the first chapters of “Dreamland“ and “If You Love Me” are available online for free.