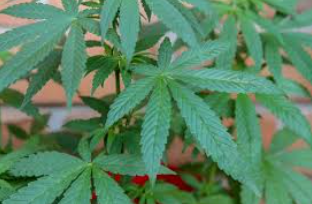 While recreational weed can’t yet be sold in stores, residents can still legally obtain marijuana through a creative loophole.

Massachusetts seems to be following the lead of Washington DC, where the delivery of marijuana is “gifted” along with an order of a legal item. Since the transportation of recreational weed is allowed, these services sell $100 T-Shirts, and with those shirts exist the option of including  marijuana as a gift. Duuber.com, for example, is one of the leading services that provide these gifts to residents across the state.

The Cannabis Control Commission approved the first testing labs in the state, clearing a major barrier for aspiring pot-shops.

On Oct. 2, the first two final retail licenses in the state were given. Final retail indicates that a dispensary has the go ahead to sell recreational pot, although there are a few more barriers until a store can officially be open for business, although they are expected to be cleared.

Cannabis Control Commission indicated that the first sales could begin within three to four weeks.

However, excited Boston residents would be wise to utilize the Greyhound Bus, as the first two dispensaries expected to open are in Leicester, a suburb outside of Worchester, and in Northhampton.

Once a store opens, the rules will be unilateral statewide. Residents must first present their ID, either a valid state ID, passport or driver’s license to be allowed further in the store. Adults 21 and over can purchase up to an ounce at a time.

No word yet as to when Boston will have their first marijuana dispensary open for recreational use. After the opening of the Leicester and Northhampton dispensary, the other thirteen applications are expected to follow somewhat quickly, with a some being in the Boston suburbs. An educated guess would indicate that metro Boston would see its first recreational shop open for business by early December, although the Commission indicated previously that sales would be ready by July.