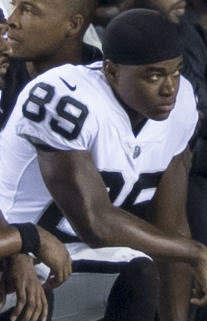 The fire sale continues in Oakland. The Raiders traded wide receiver Amari Cooper  to the Dallas Cowboys in exchange for a 2019 first round pick. The trade comes after a dismal 1-5 start from the Raiders and after they unloaded All-Pro linebacker Khalil Mack to the Chicago Bears before the start of the season.

The 24-year-old receiver joins a Cowboys team that ranks 29th in offensive yards per game. The Cowboys hope the addition can help jump start a team currently two games out of first place in the NFC East. With Cooper, the Cowboys now have a wide receiver, running back, and quarterback that are all 25-years-old or younger.

With the trade, the Raiders now have three first round picks in 2019. The first year of head coach Jon Gruden’s 10-year contract may not have gone exactly to plan, but the future looks bright for the black and silver.