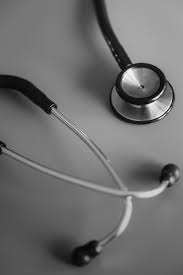 There is less than two weeks before the election and the debate over Question 1 is growing louder.

Question One asks whether to approve a law that sets limits on the number of patients a nurse can care for.

Moore, chief of nursing officer for Lawrence General Hospital, says passing Question 1 will limit the number of patients a hospital can treat. They will spend more time waiting than receiving the care they need.

Kelly-Williams, president of the Massachusetts Nurses Association, disagrees. She says passing Question 1 is “critically important to patients.” When nurses have too many people to care for at one time, bad things happen to patients.

The two representatives focused on the kind of care patients would receive. Moore claimed that passing Question 1 puts rigid limits on nurses, adding fewer patients could be treated at once, and they would have to wait longer for care. She argued that such a program would result in high costs that had no evidence of providing improved care for patients.

More information about this issue can be found at www.sec.state.ma.us.

Question 1 will be on the November 6 ballot.