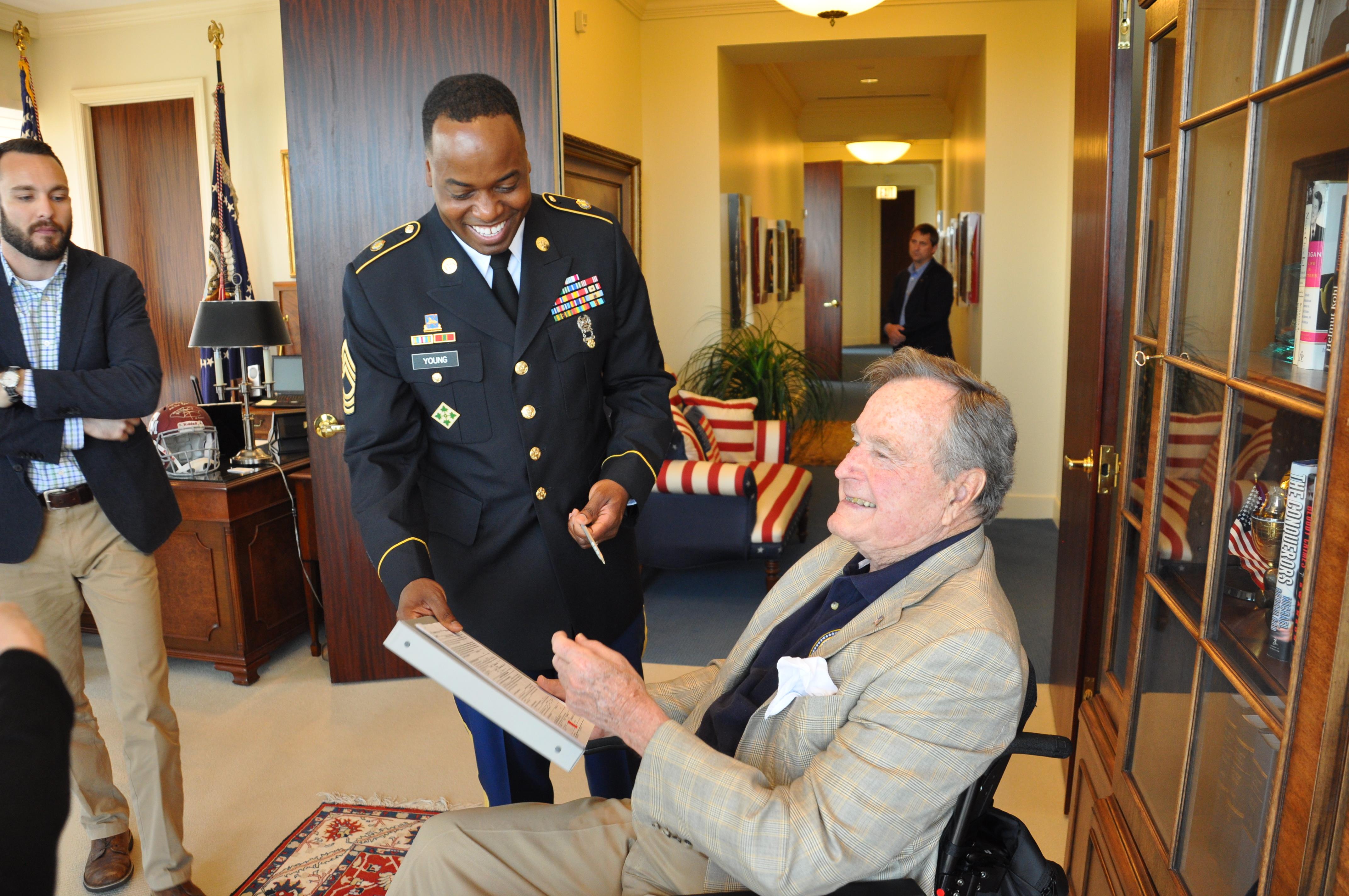 Politics did not play any role today when American leaders and others sent their sympathies to the Bush family and the nation.

President Donald Trump issued a statement that “President Bush inspired generations of his fellow Americans to public service — to be, in his words, ‘a thousand points of light’ illuminating the greatness, hope, and opportunity of America to the world.”
Former President Barack Obama said “it was [Mr. Bush’s] steady, diplomatic hand that made possible an achievement once thought anything but — ending the Cold War without firing a shot.”
Former President Bill Clinton reflected on their relationship which developed after he defeated President Bush‘s re-election bid saying, “I will be forever grateful for the friendship we formed…His remarkable leadership and great heart were always on full display.”
The U.S Naval Air Forces are mourning the former World War II navy pilot whose “legacy lives on in those who don the cloth of our great nation and in the mighty warship which bears his name.”
As a baseball fan, President Bush also had a strong relationship with the Houston Astros. The team’s owner Jim Crane fondly remembers both former Bush presidents taking part in the first pitch ceremony in Game 5 at last year’s World Series.