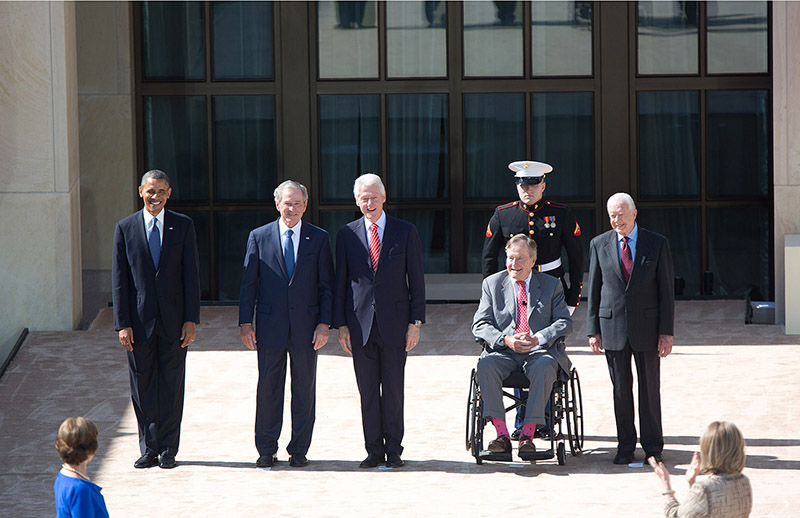 World leaders have offered condolences for the death of former President George H.W. Bush. He died yesterday at the age of 94.
Former Soviet Union leader Mikhail Gorbachev who had worked with President Bush to end the Cold War peacefully described him as “a real partner.”
German Foreign Minister Heiko Maas called President Bush a “great statesman and a friend of Germany [who]courageously seized the opportunity to end the Cold War” and was “an architect of German unity.”
Great Britain’s Queen Elizabeth described Mr. Bush as “a patriot, serving his country with honour and distinction in Office and during the Second World War.
Prince Philip and I remember our days in Texas in 1991 with great fondness.”