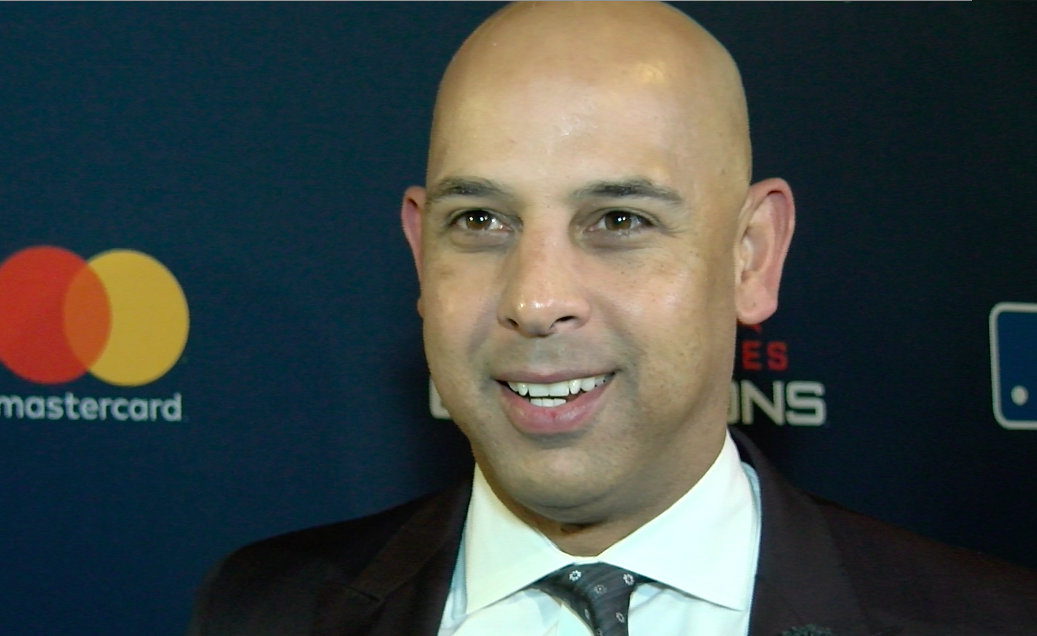 The championship celebration for the Boston Red Sox continued last night at the Emerson Colonial Theatre.

Major League Baseball premiered its documentary “The 2018 World Series: Damage Done” at an event at the Emerson Colonial Theatre Monday night. The 80-minute special follows the Boston Red Sox on their journey to championship glory. It also features the first female narrator for a World Series film, Emmy Award Winning, Uzo Aduba, who grew up in Medfield, MA and is a Red Sox fan.

Those in attendance watched a screening of the documentary and afterward, the opportunity to take pictures with the 2018 World Series Trophy

The celebration was highlighted by special appearances by Red Sox Manager Alex Cora and infielder Brock Holt as well as each Red Sox World Series trophy since 2004.

Cora is now looking forward to next season. “We are gonna have a good team, ownership is gonna do whatever possible to put a good product out on the field and the guys are ready for it,” he said. “For how great 2018 was, we are looking forward to 2019.”