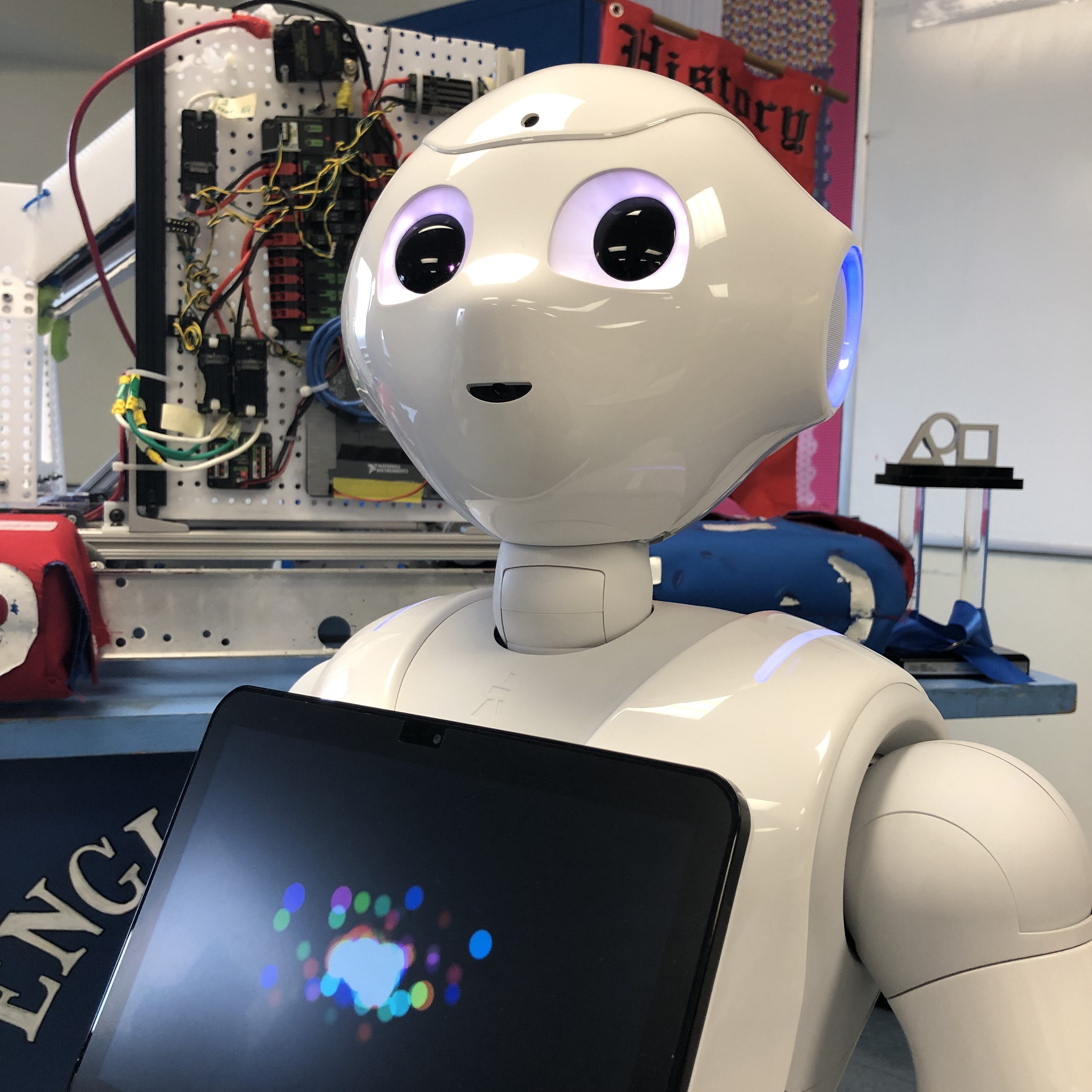 Pepper can have conversations with people. She has microphones in her head and cameras in her eyes and mouth, so she can listen to you, and generate responses. She can also detect what emotion you’re feeling.

Pepper is designed to teach students how to write computer code. Students at the event showed how they can code Pepper to do things like dance, play music, imitate an elephant, and even give people fist bumps.

What makes Pepper intriguing is how human-like developers made her. Alex Sugurel, one of the project managers for Pepper, explained how they tried to make Pepper act more human, even giving her the ability to “blink.” But it’s more than deliberate movements. As humans, we make a lot of movements unconsciously, like touching our hair. Developers tried to add this into Pepper, so when no one is using her, she continues to move her head and “look” around. This is important as it allows students to want to interact more with Pepper. As Sugurel says, it gives the students and Pepper the ability to “have an empathetic relationship.”

SoftBank will be continuing to donate Pepper Robots to Boston public school, and implementing her into classroom lessons.