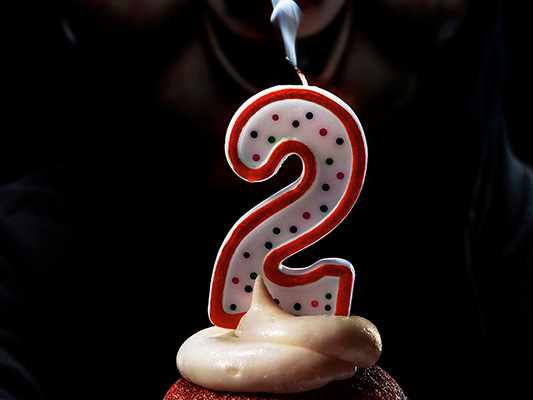 “Happy Death Day 2U” is the sequel to the 2017 horror comedy film “Happy Death Day,” and it’s about as unconventional as you can get with a horror movie sequel.

Jessica Rothe is back as college student Tree Gelbam who stopped her killer and broke the time loop she was stuck in during the original movie. Now Tree barely has enough time to settle down with new boyfriend Carter (Israel Broussard) before trouble arises again.

Much like Tree, Carter’s roommate, Ryan (Phi Vu) has been experiencing the same day over and over again. The cycle culminates with Ryan’s death at the hands of a new killer.

It’s now up to Tree to help stop Ryan’s killer and break him out of his time loop. However, absolute chaos ensues.

If you’re looking for a pure horror film, you may be left a little disappointed. “Happy Death Day 2U” strays even further from the elements of horror than the first “Happy Death Day.”

Viewers are still treated to a few scares scatted throughout the film. Parts of the sequel veer into full-on science-fiction territory. It is difficult to place the film into one genre as it has elements of sci-fi, horror, comedy, romance and even drama.

Rothe gives a surprisingly well-rounded performance as Tree, carrying out comedic and emotional scenes with ease.

Unfortunately, the rest of the cast fails to reach that same level of performance.

As with most sequels, it’s highly recommended you watch the first “Happy Death Day” film before watching this one. While there is a brief recap of the events of the first film, there’s still a heavy amount of references that are better understood and appreciated if you’ve seen the original.

Ultimately, fans of the first “Happy Death Day” can expect a ridiculous and riotous new entry into one of Blumhouse Productions’ more unique horror franchises.