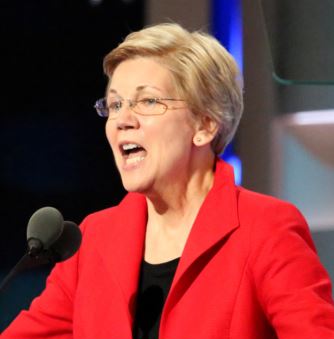 MA Senator Elizabeth Warren was highlighted tonight at the New Hampshire Democrats’ McIntyre-Shaheen Dinner in Manchester, New Hampshire.
Warren took the stage to Dolly Parton’s “Working 9 to 5” while over 1,000 Democrat supporters cheered her on. The presidential candidate detailed her background as a public school teacher, and then spoke about her plan for implementing universal childcare.
“High quality childcare should be a right for every child in America,” Warren said. “It shouldn’t be a privilege reserved for the rich.”
Praise was high for her throughout the night, however, many Democrats called for unity in the party no matter who gets the nomination.
“Remember,” said Senator Jeanne Shaheen. “When this primary is over, we all have to come together and support the nominee, because the stakes are just too high.”
This weekend Warren will be campaigning in several NH towns including Nashua, Plymouth, and Laconia.
The annual dinner was founded in 1959 by supporters of then MA Senator John F. Kennedy just before he announced for the presidency.  It was a way to show support for both the NH Democratic Party and its first in the nation primary. Since then, several former presidential nominees have been the event’s keynote speakers including former Secretary of State Hillary Clinton, and Vermont Senator Bernie Sanders.
Warren was introduced by several prominent New Hampshire Democrats including Congressman Chris Pappas, and Senators Maggie Hassan and Jeanne Shaheen.