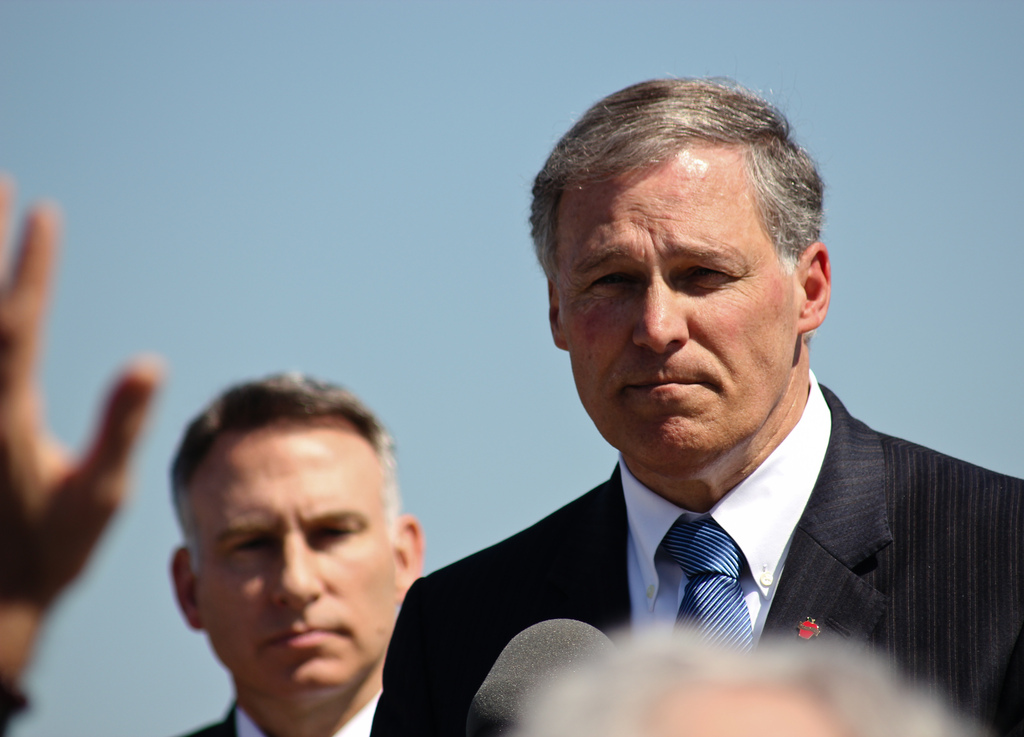 Inslee announced the bid in a video on Friday, highlighting his decades of work fighting climate change. “I’m Jay Inslee and I’m running for president because I am the only candidate who will make defeating climate change our nation’s number one priority,” the governor says in the video, which is titled “Our Moment.”

“We’re the first generation to feel the sting of climate change. And we’re the last that can do something about it,” Inslee adds. “We can do this. Join our movement. This is our moment.” The announcement is followed by a string of videos from supporters saying, “Our moment.” “Bill Nye the Science Guy,” a television star and public advocate for fighting climate change, is among those featured at the end of the video.

Inslee now runs alongside twelve other Democrats, and this number is likely to rise in the next few months. Inslee plans to follow up the announcement with a trip to Iowa and Nevada in the coming days.