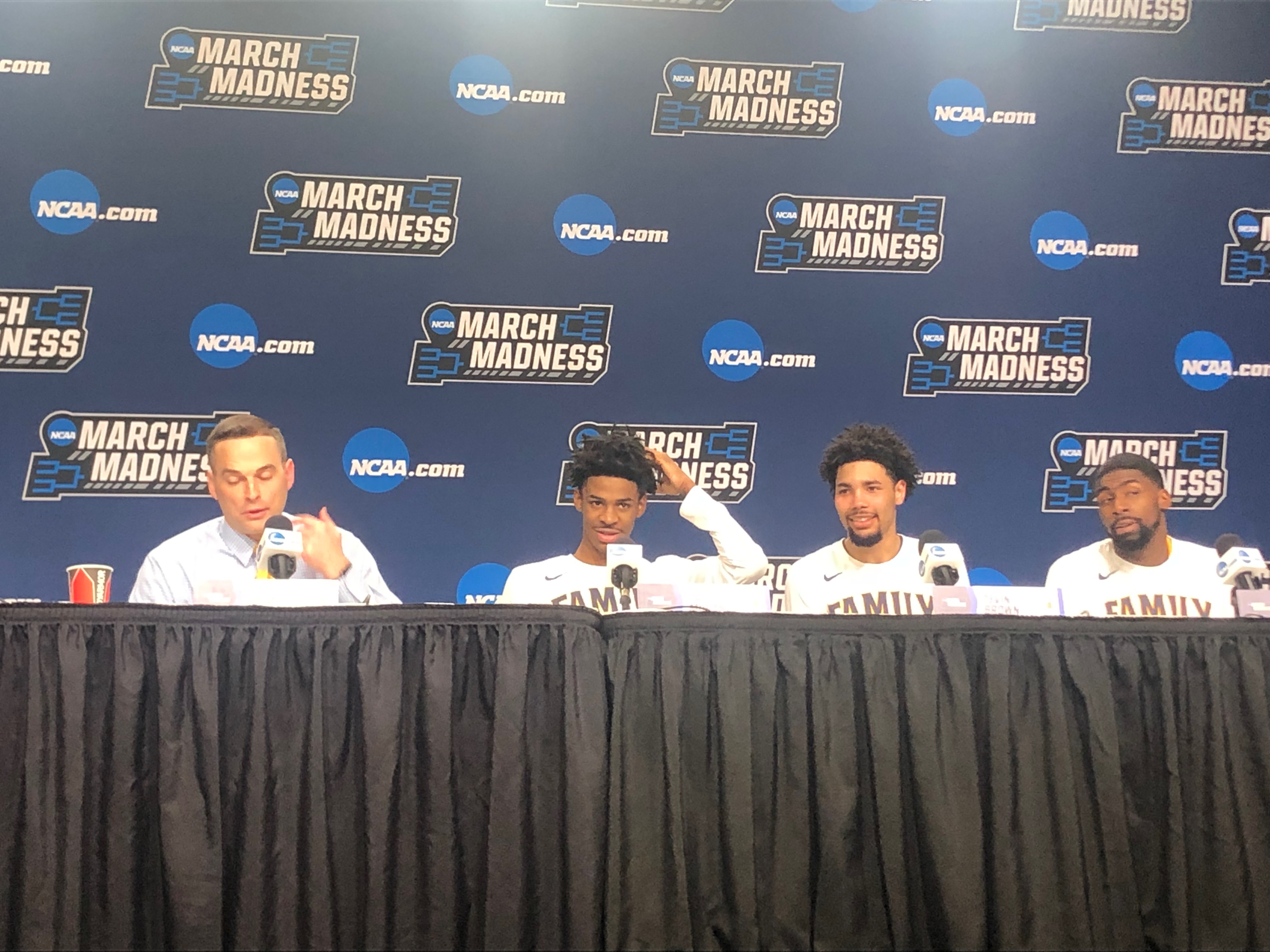 It’s Ja Morant’s world and we are simply living in it. The future NBA lottery pick registered a triple-double in No. 12 seed Murray State’s opening round victory over No. 5 seed Marquette.

Morant is known for racking up points, but it was his ability to get his teammates involved that was on full display in Hartford.

Morant has 16 assists to go along with 17 points and 11 rebounds. Morant shied away from praise saying, “I have great players around me and they make me look better.”