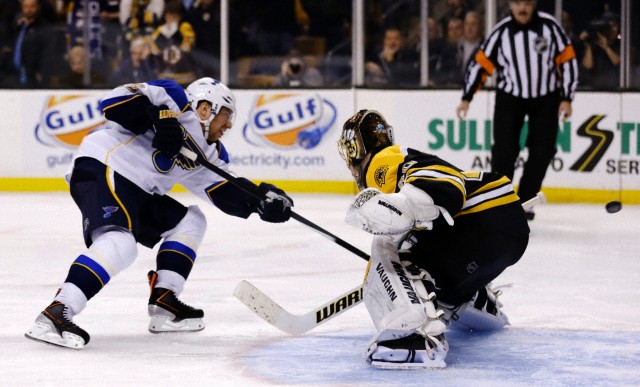 For the first time the St. Louis Blues have won the Stanley Cup. They did it tonight on the road, beating the Boston Bruins 4-1 in game 7.

The Blues ended the longest wait in NHL history, 51 seasons, for a team to win its first championship…51 seasons. They also completed a remarkable turnaround because in early January they were dead last in the NHL.

The Bruins dominated the first period, outshooting the Blues 12-4. But they couldn’t score and found themselves trailing 2-0. Ryan O’Reilly, who was later named Finals MVP, struck first and scored with three minutes left in the opening period. Blues defenseman Alex Pietrangelo added another with just eight seconds to go.

After a scoreless second period, Brayden Schenn expanded St. Louis’ lead to 3-0 with under nine minutes to play. Four minutes later, Zach Sanford scored another goal for the Blues, putting the game out of reach for Boston.

However, the Bruins were able to avoid being shut out. Matt Grzelcyk finally found the back of the net for the Bruins with just over two minutes to play to make the final score 4-1.