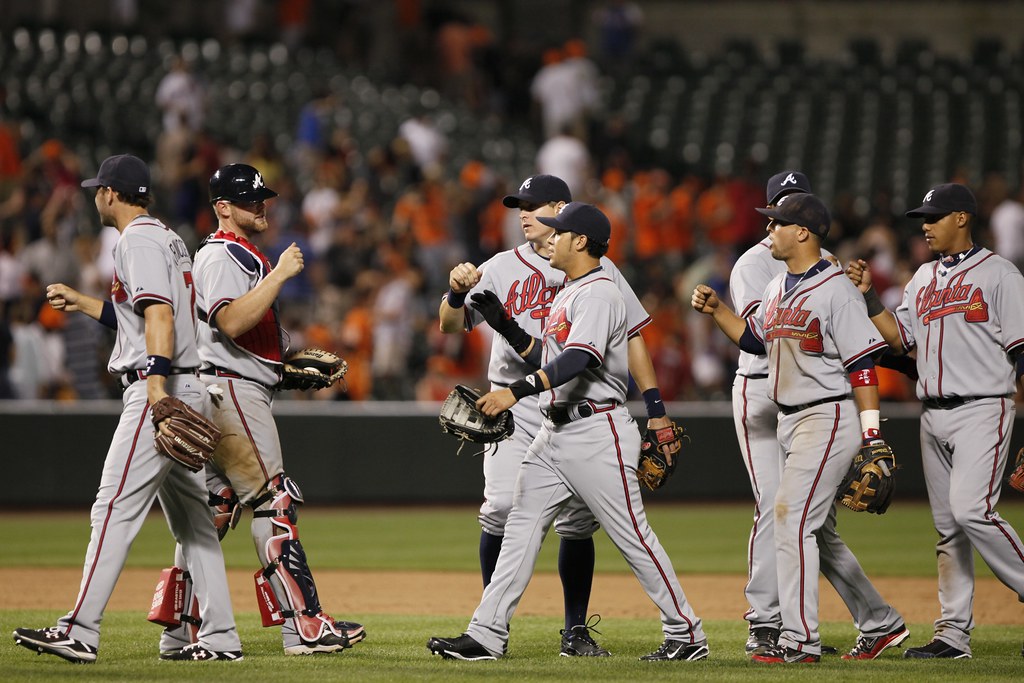 The Atlanta Braves’ slim lead in the NL East is still two and a half games thanks to an offensive explosion in their series finale against the Philadelphia Phillies.
Six Braves had at least 2 RBIs in the 15-1 victory. Josh Donaldson homered for his third straight game. Home runs by Tyler Flowers and Ronald Acuna Jr. helped Atlanta put up five runs in the seventh.
In game one of the series, Atlanta native Brian McCann’s two-run single in the ninth gave the Braves the win.
“It’s where I grew up,” McCann said. “To be able to come back home and do this is right up there with one of the best moments I’ve ever had.”
Game two was also a nailbiter, with Phillies second baseman Cesar Hernandez driving in two runs on a single in the ninth inning to give Philadelphia a one-run lead that was enough for the win.
Philadelphia swept Atlanta in their first series meeting in March. They meet again in Atlanta for a three-game series on July 2 before the All-Star break.